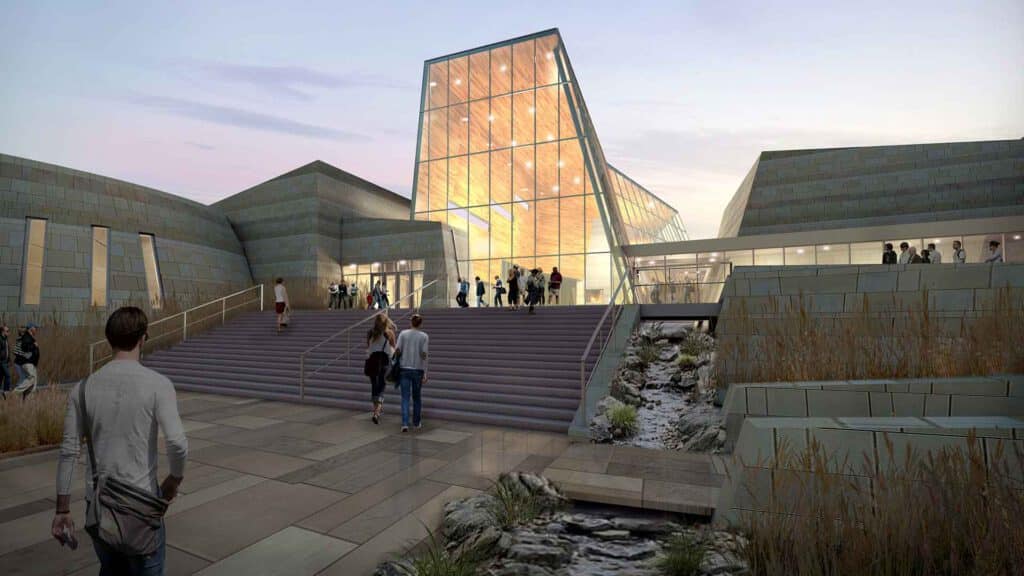 Foundation Moves Forward with Concept Phase
Back to Journal

The library and museum is in its concept phase, and members are starting to get an idea of what they want it to look like.

Imagine the Badlands in your own backyard.

The Theodore Roosevelt Library Foundation is trying to recreate it in Dickinson.

“There’s only a handful of presidential libraries. This one is going to be in one of the least populous states in the country. And the reason that’s exciting is because of the story we have to tell about Theodore Roosevelt.,” said Jim Kelley, Interim CEO Theodore Roosevelt Library Foundation.

The library and museum will be modeled after the Badlands, with butte-like buildings and grassy lawns.

Members say they are hoping the Elkhorn Ranch replica will bring history to life for visitors.

Soon the DSU Rodeo Grounds will be home to a replica of the Elkhorn Ranch cabin. But Foundation members say building a replica on this kind of land is going to be a challenge.

“How do you take a 27-acre site, which is essentially flat, and turn that into a contoured, bermed, really exciting piece of geography in the middle of an urban area?” asks Kelley.

The foundation and architects will have to consider ADA requirements, building codes, restrictions, and 21st century details that intrude 19th century lifestyles.

But they’re up for the challenge.

“It’s possible with some berms, some planting of cottonwood trees, some evergreens, some willows, maybe even a small water feature, that it will be feasible,” said Stephen Beckham, Foundation Board member.?

Members say they will begin digging this summer.