Williston Public School District No. 1 wanted to make sure everyone had a chance to look at the school bond issue. So instead of making people come out to them, they went out to the people.

The board held an informal session Tuesday at the high school – just down the hall from the basketball game. A large turnout was expected for Donn Skadeland night and two games scheduled against Minot, giving the school a chance to provide facts to a large number of people, as well as get comments from city residents.

The informal session is in advance of a vote on a school bond scheduled for March 20.

Lee Dobrinz, with JLG Architects, said this was a chance to get information out that had come up previously at school board meetings.

“We’re excited to hit an audience that maybe hasn’t had a chance to evaluate the details of the plan,” he said.

The walk-through stations featured placards that described population growth in the city, the age of the schools, cost of construction and more. Dobrinz started with a board showing the school’s population growth, almost doubling from 2,168 in 2008 to 4,350 this year. The number of students is projected to hit 5,000 as soon as 2022.

Another placard shows the age of the schools. All the elementary schools, except for Hagan, were built in the 1950s and 1960s.

And there aren’t enough classrooms to deal with the number of students coming in. So the school board plans to issue bonds to pay for two new schools.

Rickard Elementary School, built in 1951 with a capacity of 325 students, would be replaced with a new Rickard built right next door to the old one.

Similarly, Wilkinson Elementary School, built in 1961 with a capacity of 230 students, would be built replaced with a new Wilkinson right next door to the old one.

Each new building would be able to handle 600 students, or 1,200 total, Dobrinz said.

The school board will also build an addition to the high school, bringing it from 1,200 students to 1,500. All three schools would be complete by the fall of 2019.

The cost for this construction would be $76.2 million. If the school bond passes, that would be an extra cost to homeowners, adding an extra $214 of tax liability per $100,000 of the home’s value.

Although there are costs to building new schools, there are also costs that come from not building. For example, if the schools are built, the cost of deferred maintenance on the buildings comes out to about $14 million, The maintenance will be complete by 2025.

The cost of maintenance without new buildings would be about $15 million, and the maintenance will stretch out to 2035, Dobrinz said.

Not only that, but schools would still be over capacity if no new school buildings are constructed.

Nick Lippert, also with JLG, said that even with the increased cost to homeowners, the total tax liability to Williston residents is less than most other school districts of similar size throughout the state. He pointed out that Williston will pay a total tax liability of $1054.64 for every $100,000 of a home’s value. Bismarck residents pay $1,075.19, and Grand Forks residents pay $1531.89.

Abbie Axtman, kindergarten teacher at Hagan, stopped by to look at the placards. She said the time had come to build new schools, since most of the buildings date back 50 years or more.

She urged people to put themselves in the mindset of the residents who lived here when these schools were built.

“There were families in this community that sacrificed, and that paid a little more for their taxes, and got new schools,” she said. “So these families in the ’50s and the ’60s made sacrifices, so that we have all the schools that we have. And so now is the time for the families right now, to make the same sacrifice again, to improve education for the community.” 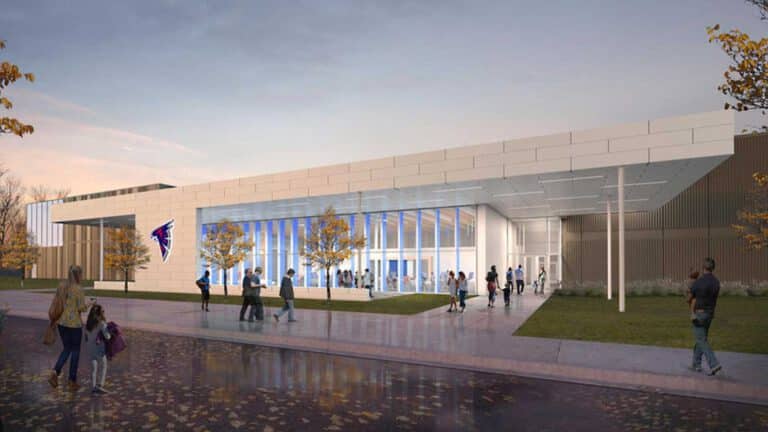