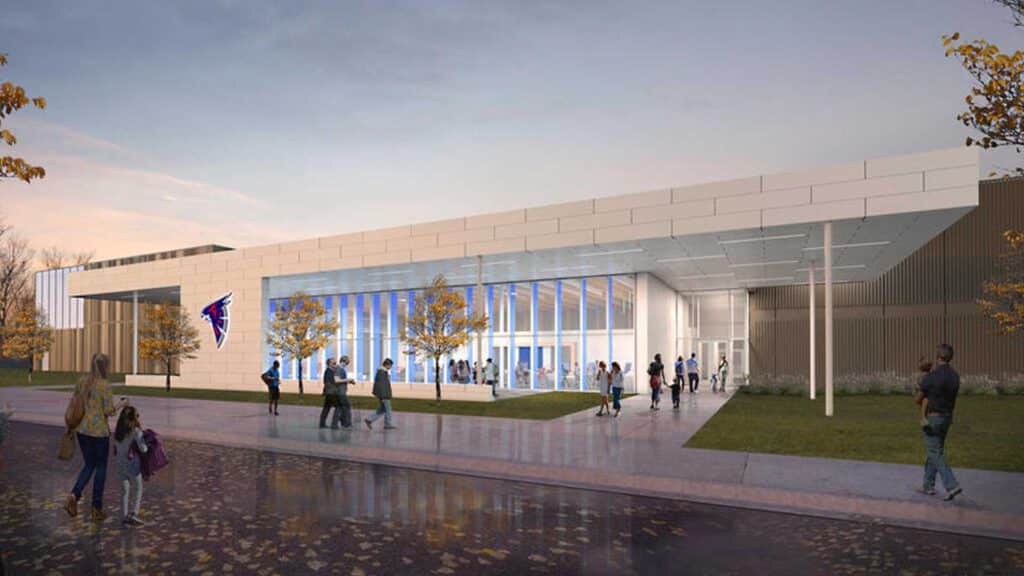 ambitious redesign and expansion
Back to Journal

Park Christian School is preparing for an ambitious redesign and expansion of its north Moorhead campus that’s set to start next spring.

The school has $5.1 million in cash and commitments toward an $11 million plan to increase the private school’s capacity from 450 students to about 675, PCS President Chris Nellermoe said Thursday, Aug. 10.

“We had a tremendous response last December with fundraising. We’ve just had a phenomenal buy-in,” Nellermoe said. “That’s been the hidden blessing of this. The excitement this brings. Our families are excited.”

Parents and other Park Christian stakeholders were brought up to date on the project in July. Requests for proposals on the project have been sent out, Nellermoe said, with bidding expected in November or December. If the full $11 million isn’t in hand, the project will be broken down into phases.

There are five different phasing options, but which one will be used hasn’t been determined, Nellermoe said.

“We’re not going to go into debt,” Nellermoe said. “We want to be wise stewards with what we’ve been given,” and pay as they go.

Enrollment was 422 students at the end of the last school year, and room is tight, with four lunch shifts to accommodate all of the students, he said.

“We just find ourselves stepping over each other,” Nellermoe said.

Elements of the addition and remodeling project on the 15-acre site include:

• Building 10 new elementary classrooms and a new gym onto the west side of the present building. The new wing will have a learning commons, a staff resource room and an outdoor courtyard that could be used as a learning space.

• Moving the main entrance and commons to the north side of the school. The larger open commons will be a multi-use space with a new kitchen and concessions space. A performance area is also part of the design.

• Using current academic areas for classrooms for grades 6 through 12.

• The center pod of the existing academic area will be used for flexible classroom space, student services and a learning commons.

• The existing gym will stay intact, with expansions to the locker rooms and weight room. The existing music room will be converted to locker room space, a cardio room and athletic offices.

• With the new gym, there will be more restrooms and storage space for athletics and fine arts.

• Separate off-street parent and bus drop-off/pick-up areas on the north side of the school. Student parking will be on the east side of the building.

Future expansions could include a chapel, administrative spaces, and more gym space and elementary school rooms.

The school is working with JLG Architects of Fargo. The firm held listening sessions with parents, students, staff and community leaders.

In 2012, Park Christian announced plans to build a new school on a donated parcel of land on 40th Avenue South, east of 28th Street in Moorhead. But that $40 million plan was shelved in the summer of 2016 after a fundraising benchmark was missed in late 2015, school officials said at that time.

That school would have housed 800 students, with a potential to expand to 1,200.

The donated land was then sold to Prairie Hill Investments, according to Clay County records.