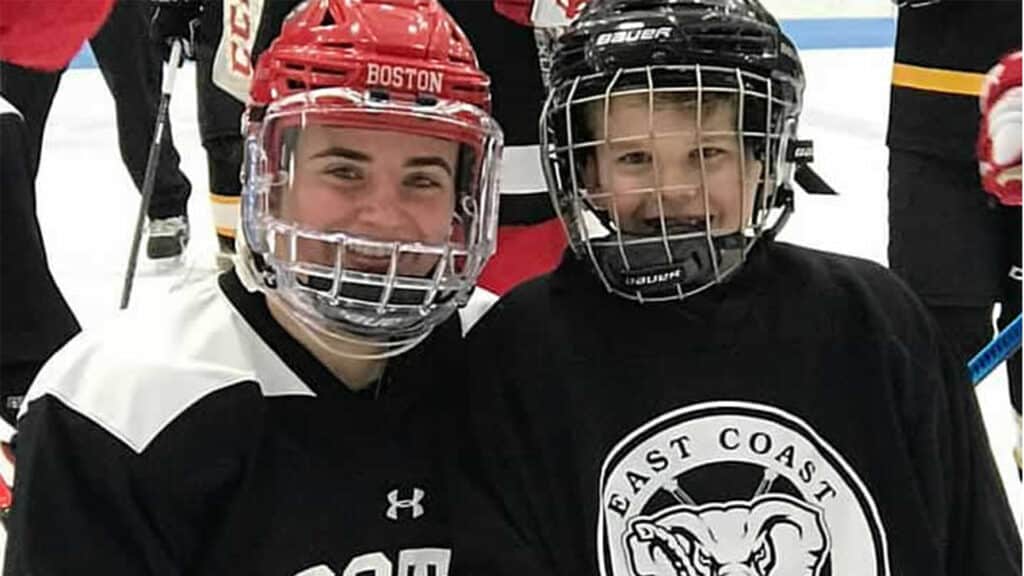 Boston University senior Breanna Scarpaci, whose efforts to support young hockey players began in high school, has been named the first recipient of the College Hockey Inc. Scholarship, presented by JLG Architects. Scarpaci will receive a $2,500 postgraduate scholarship that was created to honor an NCAA hockey student-athlete who helps build the game through their support of the next generation of hockey players.

“Breanna’s passion for introducing more people to hockey embodies what we hoped to honor when we created this scholarship,” said College Hockey Inc. Executive Director Mike Snee. “We are thrilled that, with the support of JLG Architects, we are able to recognize her efforts and support her postgraduate studies.”

“Hockey is the coolest sport – in part because of the many student-athletes committed to growing the game,” said JLG Architects CEO Michelle Allen. “We are so proud of the exemplary players who submitted applications, and thrilled to be able to support Breanna’s future success.”

A native of Washington, Mich., Scarpaci worked to bring hockey to a new audience while attending Shattuck St. Mary’s prep school in Faribault, Minn. As a senior she created a learn-to-skate program for students at the neighboring Minnesota State Academy for the Deaf (MSAD). She and fellow Shattuck St. Mary’s hockey players hosted MSAD students for monthly sessions that ranged from skating basics to relay races and games of tag.

At Boston University, Scarpaci continued to share her love of the game at skates with the East Coast Jumbos of the American Special Hockey Association, in camps and clinics with Pro Ambitions Hockey, and at postgame Skate with the Terriers events.

“During her time at Boston University, Breanna has excelled as a person, student and athlete while being a highly active individual in the area of community service,” said Boston University head coach Brian Durocher. “Her engaging ways, willingness to go the extra mile with young hockey players and conviction towards the growth of the game has been a wonderful reflection on Boston University and our program. She is someone who has participated in far too many events to list, but in each of them she has either assisted a worthy charity or generated a great level of fun for the youth that are participating. We are all most appreciative of the award that College Hockey Inc. and the most generous folks with JLG Architects have bestowed upon Breanna Scarpaci. She is a most worthy recipient and someone who has distinguished herself at BU and throughout the hockey community.”

Scarpaci will use the College Hockey Inc. Scholarship next year as she begins work in Boston University’s Physical Therapy Doctoral Program.

“I am extremely honored to receive this scholarship,” Scarpaci said. “Thank you to College Hockey Inc. and JLG Architects for your generosity. This scholarship will help me pursue future studies as I begin my postgraduate work. I would also like to thank my coaches, teammates, and most importantly, my family, for all their support during my four years at Boston University.”

The College Hockey Inc. Scholarship, presented by JLG Architects, is open to any NCAA hockey player (men’s or women’s, of any division). Applications required an essay on the student-athlete’s contributions to the youth hockey community, which could be accompanied by videos or other supplemental information. The winner was selected by a committee made up of representatives of College Hockey Inc. and JLG Architects.