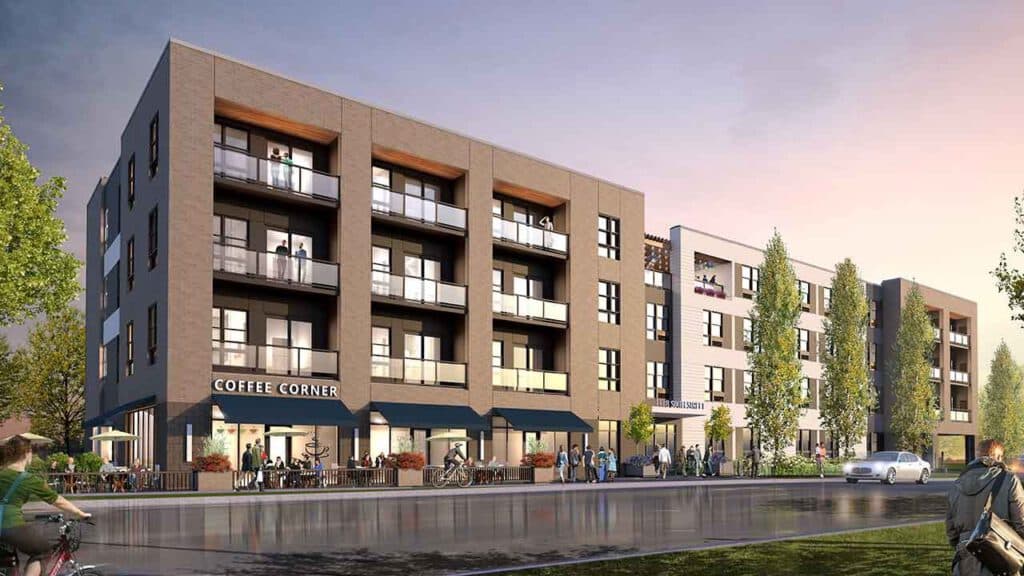 New structure to have stores, apartments; council to consider rezoning, initial development plan
Back to Journal

A proposed four-story, mixed-use building with commercial space and apartments along Sixth Street and 12th Avenue is on the agenda for the Brookings City Council as a second reading.

The meeting starts at 6 p.m. Tuesday at the Brookings City & County Government Center.

The building and its parking lot will cover about half the block, with the building facing Sixth Street and the parking lot extending south to Fifth Street.

“The property is currently zoned Residence R-2 Two-Family District, and there are seven residential homes occupying the area. The applicant is proposing to re-develop the property into a 52,185-square-foot, mixed-use center,” according to the attachment included with the agenda on the city’s website.

“The 48-foot high building will be four stories and includes predominately commercial space on the first floor with efficiency and one-bedroom residential units on the second, third and fourth floors.”

The plan includes 71 apartments and a drive-thru that will exit to 12th Avenue. There will be access points off Sixth Street, 12th Avenue and Fifth Street, according to the attachment.

The applicant is proposing 131 parking spaces, with 18 underground.

“The applicant is proposing sections of a 6-foot high privacy fence and landscaping to provide a buffer to the residential land to the south. The design is intended to create a streetscape along Sixth Street by locating the parking behind the building, incorporating landscaping features along the foundation, and the utilization of canopies over the commercial spaces.”

The council will act on the initial development plan at the time of the public hearing for the rezoning request, according to the attachment.

In a separate agenda item Tuesday, the council will take a look at an ordinance amendment related to sight triangles, which are areas of visibility required on a street or alley intersection and along a driveway which intersects a street.

The sight triangle allows motorists, pedestrians and cyclists a clear view for safety purposes, according to an attachment. The amendment will refine the way they are measured and applied throughout the city.

“In many cases, the current ordinance is not sufficient in designating a sight triangle at intersections, alleys and driveways. The amendment proposes to designate a sight triangle that is measured from the adjacent property lines,” according to the attachment.

The amendment restricts objects between 30 inches and 10 feet in height from being placed in the sight triangle, states the attachment.

How the Pandemic Altered Multifamily Design
JLG Architects to occupy office space in The Argyle
Editor’s Note: A great place to be 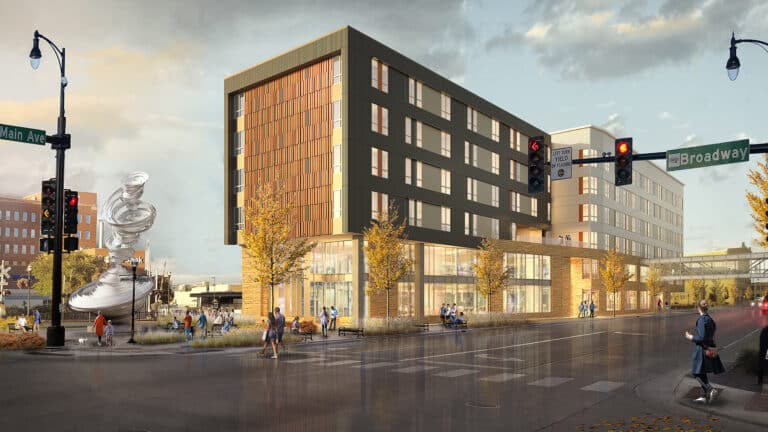