But if all goes to plan, the building could be renovated and staff moved in by the time the building turns 105 next January.

St. Cloud City Council is expected to take action Monday to approve the city going out to bid so it can renovate part of the school, which has been sitting vacant since St. Cloud school district vacated the site in 2019. 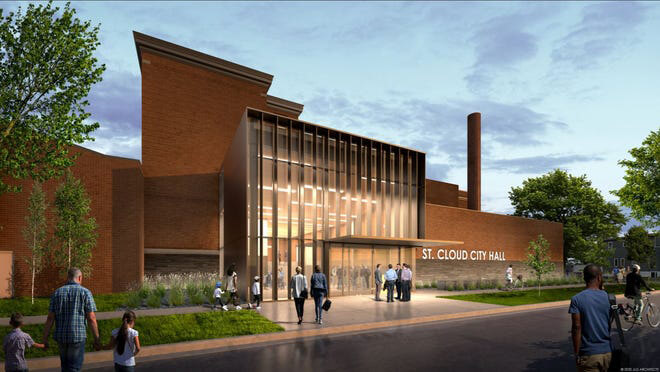 Plans call for demolition of the entire western academic building and associated skyways and tunnels, which are not part of the building’s historic 1917 and 1938 sections. The historic sections, at the southernmost end of the site, will be renovated for city use.

“A year ago, the bids were very favorable. We even extended them, not knowing at the time how long the (pandemic) would last. In the early stages, nobody did,” said Mayor Dave Kleis. “So we put the project on pause and now we’re going out for fresh bids.”

If the bids come back favorably for the anticipated $9 million project, the city will demolish the 1955 and 1975 additions, which includes the gymnasium.

“If it works within the parameters of the budget, we can do that,” Kleis said. “If not, it will stay standing but not be utilized until a future development can go there. Ideally, if we could take it down and use it for a future development, it would be one expense that’s not there in the future.”

Kleis said a development just north of the historic buildings would likely be a private development, but the site could remain green space, as well.

MORE: What will it take to revitalize the south side? Residents look to new zoning, preservation rules

The council will likely see the bids in early March. As soon as bids are approved, the city will complete the purchase agreement with the school district, which includes transferring the property for $1. 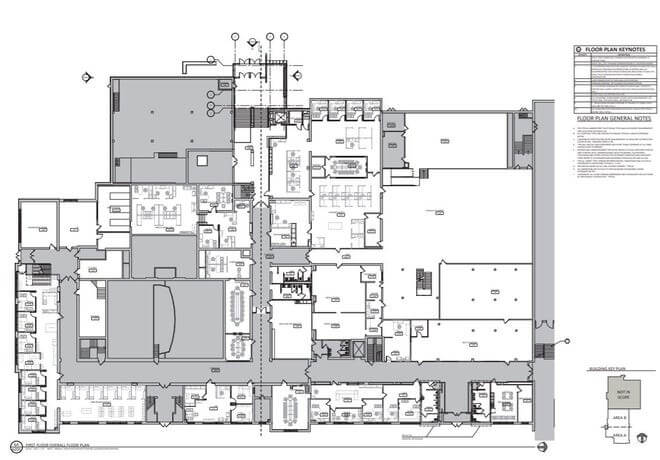 That agreement was forged in January 2018 after the school board determined the district does not have the same redevelopment tools as the city.

The city first courted private developers to turn the historic building into housing, but Plymouth-based Dominium later backed out because the anticipated costs of redevelopment were too high. Kleis announced plans to move City Hall to the site in late 2019.

The letter of intent to transfer ownership does not include the Clark Field property. There is a tentative agreement in place with Friends of Clark Field to keep the former football field as green space.

Once the transfer is complete, the city can begin marketing the land for sale along Minnesota Highway 23 — property the school district used for its media services building — for commercial development.

Keeping the ‘historical integrity’
The 104-year-old brick building features terra cotta panels and local granite. Down a sloping hill on its east side sits Eastman Park and Lake George.

“We want to keep the historical integrity,” Kleis said, noting design plans do not change too much of the interior. “Some of the lockers will still be in the hallways. It will give it that historic look — that it was a high school.”

Plans show redeveloped spaces on the first and second floors, with the third floor used for storage. The council chambers will be in Tech’s former library space and the auditorium will be used for public meetings or rented out for training sessions.

The building’s main entrance will be on the west side, along with a new parking lot that will go where the 1962 building sits.

“We’ll have more parking than we have now,” Kleis said, referring to the current City Hall at 400 Second St. S.

Redeveloping a ‘significant’ site in downtown St. Cloud
The city is also seeking requests for qualifications from developers interested in purchasing and redeveloping the existing City Hall site.

Kleis said he knows of at least two private parties interested in the site.

“We’ll take the best bidder with the best use,” he said.

The site is within the city’s C-6 Southside Mixed Use District, a new zoning district approved by the council in October that creates architectural, landscaping and design standards for the corridor between downtown and the Southside University Neighborhood.

The plan promotes higher density areas along the north edge of the neighborhood such as apartments with first-floor retail space.

St. Cloud Looks to Move Its City Hall to a Former High School

Village on the River