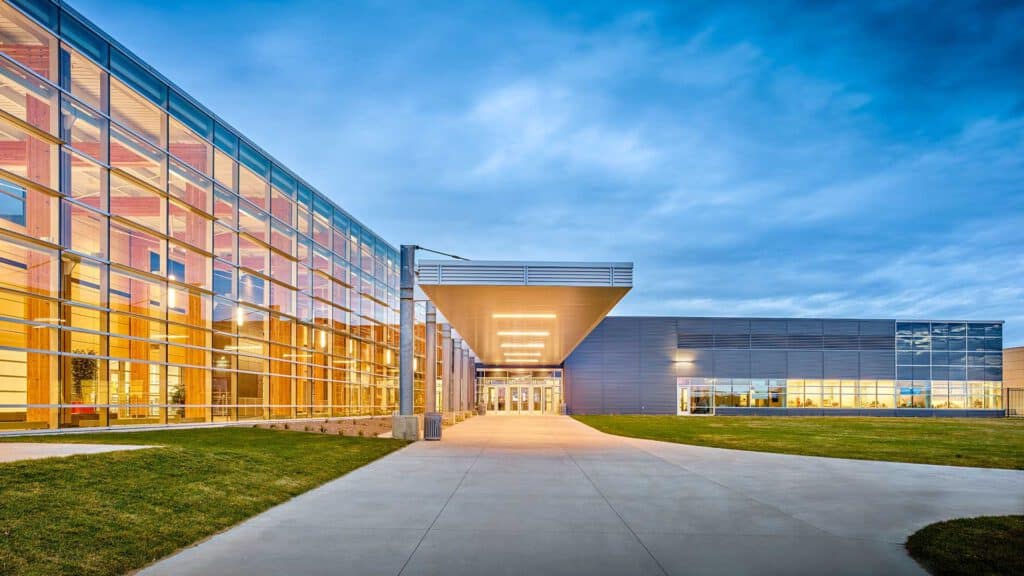 Watford City lies on the far western side of North Dakota. Its founders, who platted the town in 1914, anticipated a connection with the Great Northern Railway and dreamed of the traffic and prosperity it would bring to their community. But the line ultimately bypassed Watford City, and for decades the town’s population numbered little more than 1,000 people, served by a handful of shops, a hospital, the county courthouse, and shops along its short Main Street.

That all changed with the opening of the Bakken oil fields in the early 2000s. Lured by reports that North Dakota shale was rich with black gold that could be extracted with hydraulic fracking and horizontal drilling technologies, companies poured into the region, creating a boom in population. In 2015, the Census Bureau estimated the number of people living in Watford city at 6,708.

As traffic on Main Street increased and school enrollments grew, Watford City officials knew the town’s infrastructure and public amenities would have to be expanded. One of the efforts they initiated was the development of an event center that could house sports activities and civic gatherings. They hired JLG Architects to design a 268,000-square-foot facility alongside the city’s high school on a promontory with wide views of the surrounding plains.

“We started off knowing we needed to have a sheet of ice and an arena,” says JLG’s Jeff Steiner, AIA, the lead designer on the project. “But that quickly grew into a list that included a water park, a field house, and a multipurpose area for concerts and basketball and conferences. As we talked, the project grew from being just a center for activities into something more akin to a town square. And that town-square idea became a concept that drove the project.”

“City leaders were really forward-thinking,” says city administrator Curtis Moen. “They understood that adding a sports and conference facility to their town would help solidify its reputation as a regional center.” (At last ranking, Watford City, the seat of McKenzie County, was the 12th-largest city in North Dakota.)

In 2014, JLG and city officials began drawing up plans for the Rough Rider Center, a building that would ultimately include two hockey sheets, a field house, an arena, a water park, and a convention center. The community wanted a building with airy, light-filled interiors that framed the beauty of the Dakota landscape. “They recognized that the views into the building and the views out were both important,” says Steiner.

Steiner and his team responded with a plan that is straightforward, beautiful, and bright. Visitors arriving at the facility encounter an L-shaped, two-story structure whose glass walls put the interiors on dramatic display. Just inside the canopied entry sits a cylindrical ticketing kiosk faced with royal-blue penny tiles, which contrast cheerfully with white terrazzo floors and dark-stained maple wall panels.

Past the kiosk is a long, wedge-shaped concourse that connects visitors with the activity areas. Rectangular glulam (glued laminated timber) arches add visual warmth to the length of the concourse. An abundant use of glass allows for daylighting even on the shortest winter days, while pendant lighting in the shape of a rowing scull illuminates the space at night. Spectators entering the arena and field house discover that they’re already on the second floor, with great views of the action as they make their way down to their seats.

In the water park, the concourse is connected to a viewing area where parents can watch their children play on the splash pad or zip down the waterslide below. White-painted ceilings and splashes of vivid color—blue-painted metal heating ducts and a canary-yellow plastic water slide—give the facility a playful, contemporary feel.

Theoretically, all the spaces could be used at one time, with two hockey games, a basketball game, a gymnastics meet, a swim meet, and a conference taking place simultaneously. “It’s a very active building,” says Steiner.

Moen says that the community is proud of the Rough Rider Center, and that the convention space has attracted interest from a wide variety of groups, from cattle ranchers to conservationists. He enjoys seeing the reactions from outsiders, who are often surprised by the size and design of this unexpected amenity in western North Dakota.

The facility is used nearly around the clock, from early morning, when hockey practice begins, until late at night, when concerts conclude. “In terms of meeting the community’s needs, I think we hit it right on the head,” says Moen. “If anything, I wish that we’d done it a little bigger.”