From its start in 1954 as a men’s residence hall, Harding Hall has seen a few changes. However, none of those changes were as drastic as it becoming the home of the Ness School of Management and Economics.

The building has been transformed into 40 offices and two classrooms including the new location for the First Dakota National Bank e-Trading Education Lab.

Those changes were recently recognized by the publication American School and University in the adaptive reuse category. According to Leslie Olive, an architect and planner with Facilities and Services, this honor is only the second time SDSU has been in the AS&U design awards issue.

Harding Hall was the first of three building projects on campus with a Version Four certification from the Leadership in Energy and Environmental Design rating system. The V4 certification is the highest rating in LEED, which is used to evaluate the environmental performance of a building and encourage sustainable architectural design.

Olive said the project had challenges due to a limited space between floors. Due to the amount of mechanical needs, several newer products were used.

“The building incorporates a chilled beam heating and cooling system. This is a relatively new mechanical system technology that is highly energy efficient and is an innovative use in the right application,” Olive said. “The building was converted from a double-loaded corridor with a bunch of small rooms on each side to a single-loaded corridor with branch corridors to office suites and classroom suites. That move really made a lot of difference.

“The university has goals of having not only good functional designs, but also something that is basically ‘high design’ or better than the average building,” Olive continued. “We want really good, quality design out of every project we do. To actually have somebody else recognize it and say, ‘you know, this is good work. It represents good design, has some innovative qualities to it … it’s just affirming; that’s what I like about it.”

The award’s jury cited Harding Hall “sets an example for adaptive reuse … wonderful transformation of an old, tired building into a new, vibrant collection of spaces.”

“We thought it was a good representation of a building a lot of people would have thought to get rid of,” said Ryan Murphy of JLG Architects. “But we and Facilities and Services decided it was a definite candidate to be saved. And I think we executed that really well. I thought the award was well deserved and glad to see others felt the same way.” 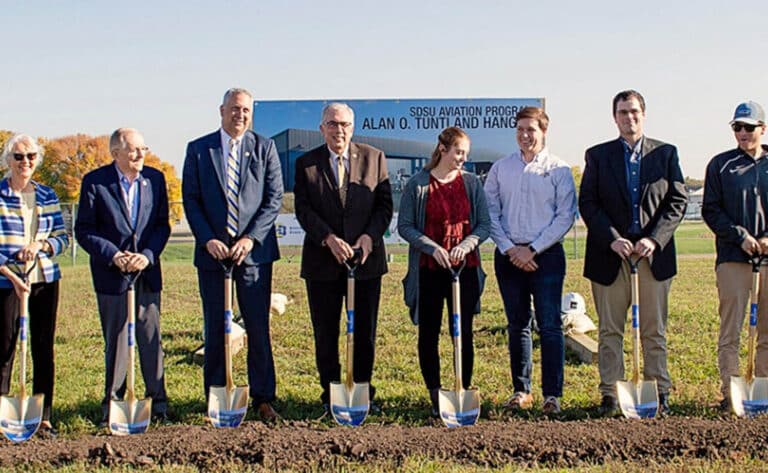 SDSU to open Ness School of Management and Economics
Questions? Connect With JLG