As washed-up hockey players, we care about the integrity of the game more than anything else. We don’t complain about getting Locker Room C at the local rink even though we secretly wanted Locker Room A because it has hot water in the showers and more than 100 square feet of actual space to get ready for our Wednesday night game. Last night marked the fifth week in a row where our team was exiled to the bottom feeder of locker rooms which sparked a conversation at the office about the various teams around the world that have it made.

Which schools shell out millions of dollars for their athletic departments? Which schools entice the most recruits during their college visits because of the LED lights in the ceiling of the locker rooms? Join us as we rank the top ten locker rooms in all of hockey (this excludes professional team locker rooms as they’re on another level). 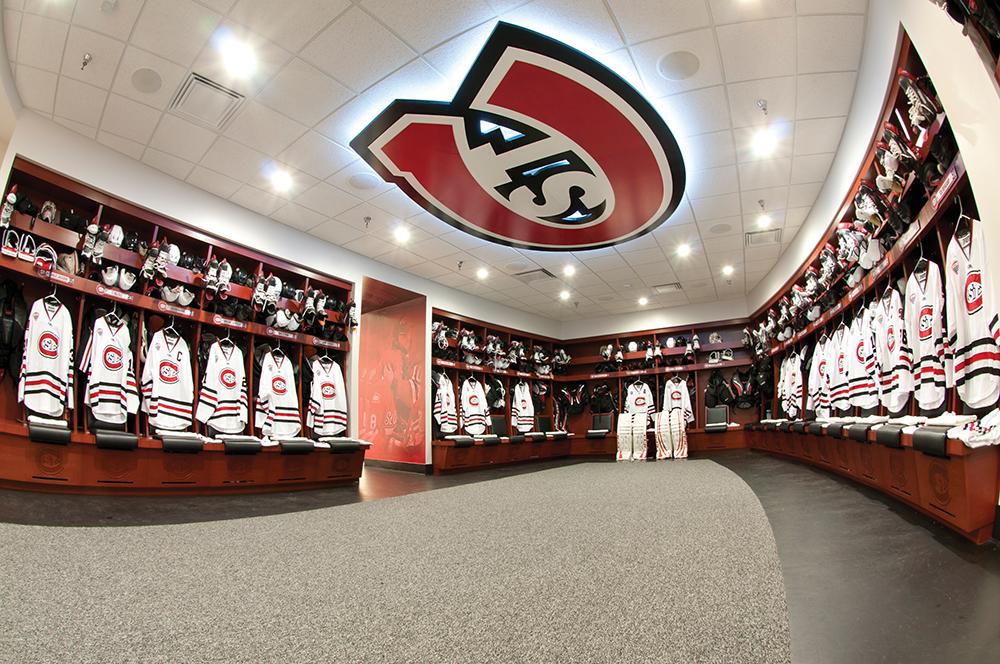 Coming in at #9, the St. Cloud State Huskies of the NCHC boasts quite the locker room. With what looks like a mahogany finish on the lockers with the fresh, clean-cut jerseys packed with heaping amounts of Downy fabric softener hanging from the stalls, it’s certainly an impressive setup. | Check out this Project

If you’re a student at the University of Minnesota, you know that watching the football team get routed 41-13 to the Maryland Terrapins on a Saturday afternoon isn’t necessarily your way of having a good time. You’d rather get all your homework done during the day so that you get a good seat over at Mariucci to watch the Golden Gophers take on Minnesota-Duluth in a thrilling in-state matchup. There’s a reason why they call Minnesota the state of hockey and the University of Minnesota would lose their accreditation if their hockey team was subpar. With an open space concept, a hanging logo, and a generous amount of space to get rowdy after a big win, the Golden Gophers have an unbelievable locker room that resembles that of the Pittsburgh Penguins, and if your locker room is similar to a professional locker room, then you’re probably doing something right.

Also, here’s a bonus photo of their community space:

Check out this Project 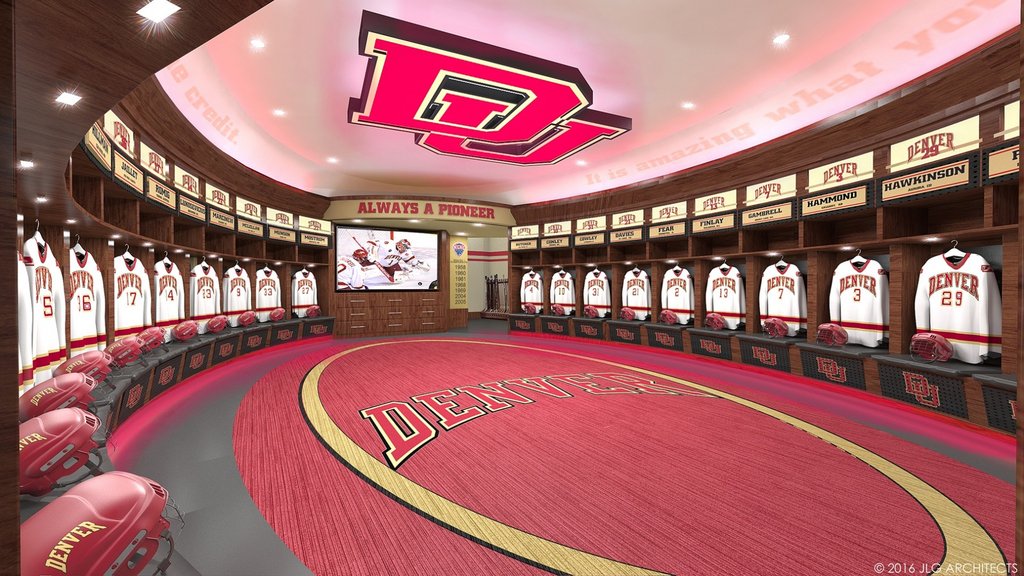 You don’t have 12 straight years of NCAA Tournament appearances, three Frozen Four appearances in the last four years, and win the entire NCAA Tournament in 2017 without having a locker room like this. The Denver Pioneers showcase their jaw-dropping locker room along with their impressive alumni network, which features players like Jason Zucker, Stanley Cup champion Tyler Bozak, Paul Stastny, and Troy Terry. The NCHC powerhouse ensures that their crimson and gold colorways are on full display around the perimeter of the locker room and flashes their center logo with hues of crimson around the ceiling’s surface. This locker room is extravagant and makes players feel bad for missing the trash can. It’s deserving of the silver medal on our list but not as breathtaking as number one. | Check out this Project

Face-off in Alexandria over funding for new hockey rinks