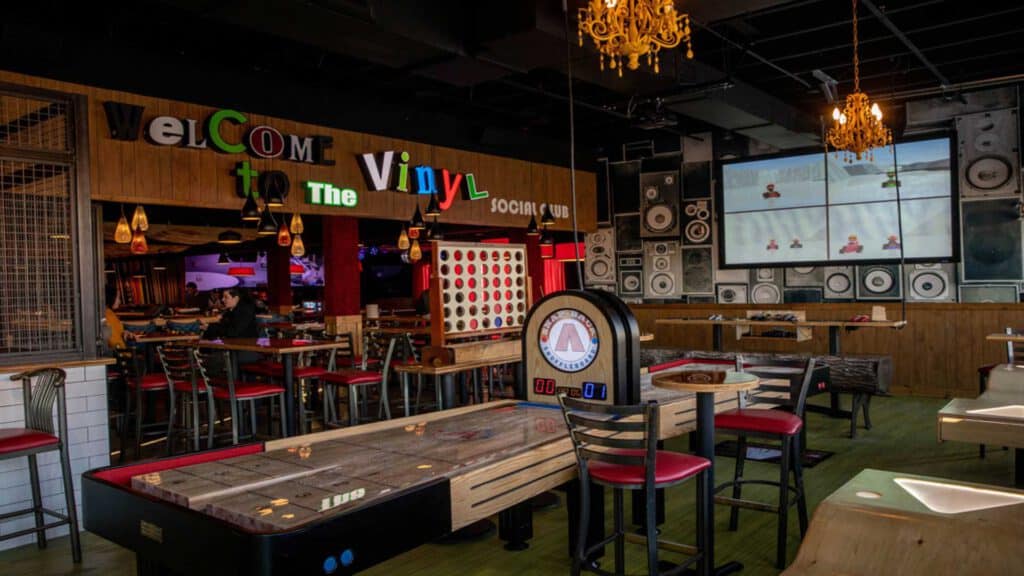 A one-of-a-kind hangout experience
Back to Journal

The owners of the former Borrowed Bucks Roadhouse are ready to unveil the final piece of their new concept for the location.

Kirk Keupp, who’s part of the ownership group, describes the club as an activity center for adults with retro games for playing and old songs for dancing.

“It’s going to be a great place to come hang out.”

Areas throughout the club on Western Avenue south of the Western Mall feature different games. The signature is duckpin bowling, a smaller version of the traditional game. There are four lanes, with seating at high-top tables and high-backed couches.

Players can wander over to the Skee-Ball area, which has two machines, or head into the larger gaming area that has a large-format Mario Kart station for up to four players, two Snap-Back Shuffleboard tables and two custom-made C5 Beer Pong tables.

Another area holds retro arcade games such as Pac-Man and Galaga and an AC/DC pinball machine. For gamblers, there are three older video lottery machines.

While it will cost something to play most of the games, a few things, such as large versions of Jenga and Connect 4, will be free, Keupp said.

Music will be a big part of the club. DJs will spin vinyl records from the ’70s, ’80s and ’90s. A small dance floor will extend outside on the west side of the building when the weather is nice, he said. Part of the wall along the front side of the club also can be opened to look out on the patio.

The retro theme carries into the decor with a colorful wall of lava lamps above a couch that looks like a pair of lips. There’s also a yellow metal fireplace with orange flames of steam. The bar is surrounded on all four sides by high-back stools. Part of the walls in the restrooms are covered in vinyl records, which Keupp reassures were already too scratched to play.

For food, Vinyl Social Club will have a limited appetizer menu, Keupp said, with chips and salsa, guacamole or queso. Club-goers also can order hand-rolled jalapeno poppers or chicharrones made from chicken. If they’re hungrier, they can buy food at the adjacent Vinyl Taco and bring it over to eat on the club side, Keupp said.

Vinyl Taco, which is open from 11 a.m. to midnight Monday through Saturday, doesn’t have a waiting area, so if the restaurant is full and the club is open, diners will be invited to hang out there until their table is ready, he said.

The ownership group has two Vinyl Tacos in North Dakota, but this is the first Vinyl Social Club. If it’s a success, they’d like to bring it to those cities. “We’ll need a little time to see how it goes,” Keupp said.

A colorful, flavorful transformation has taken place inside the old Borrowed Bucks Roadhouse.

Vinyl Taco’s vibe is ’70s classic rock. Bartenders will spin vinyl albums, playing an entire side before switching to another album. Autographed guitars from Bruce Springsteen & The E Street Band, Fleetwood Mac and the Eagles hang on the wall. The restaurant commissioned Rando to do a half-dozen paintings, tabletop artwork and three tile mosaics, all of rock legends.

The theme of the classic “Saturday Night Live” sketch “More Cowbell” plays out with artwork adorned with a cowbell that customers can shake as they leave and a colorful metal cow that serves as a mailbox for postcards that customers can send to friends and family.

Diners also will find chimichangas, enchiladas, burritos and more. Tacos Molcajete will come to the table in a grill-heated bowl filled with meat and veggies, and diners will build their own tacos.

The space seats 90, with stools around a bar that fills the center of the room, booths along two of the walls and high-top tables along the other two. There’s a garage door that will open to the patio when the weather is nice. Outside, the seating space will be illuminated by low fire pit walls and strings of lights.

The other part of the building, which is south of the Western Mall, will be Vinyl Social Club, which will open shortly after Vinyl Taco, Keupp said. It will feature “a DJ-driven sound and a lot of activity for people.” He’s waiting to release details on the club until the opening date is closer. He’s still hiring bartenders and servers. The club will share the kitchen with Vinyl Taco but have a separate menu. Hours will be 4 p.m. to 2 a.m. Wednesday through Saturday.

Keupp has spent most of the past year guiding construction, finding treasures to fill both spaces and hiring staff. He said Sioux Falls has been good to the bar and restaurant group, which also has two Vinyl Taco locations in North Dakota; a dozen JL Beers locations, including two in Sioux Falls; and the remaining two Borrowed Bucks bars in North Dakota.

“We had 25 great years with Bucks…I’m excited for this.” 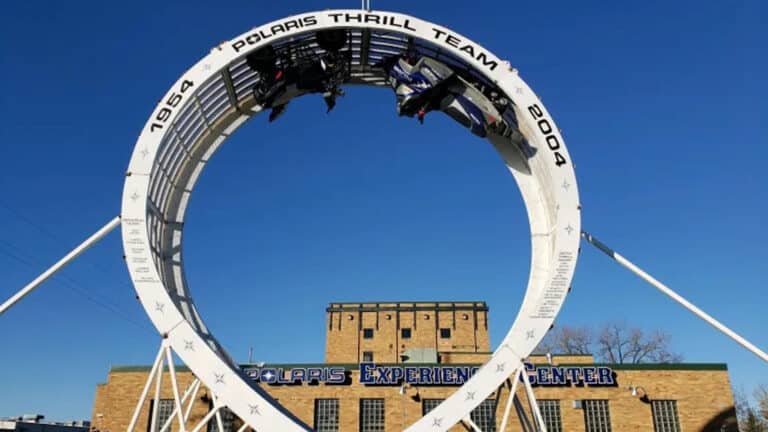