Standing in front of an empty lot that once was home to the Memorial Union, student leaders, old and new, charted a new path forward Friday, Oct. 4, or maybe dug a new path.

UND held a groundbreaking ceremony for the new Memorial Union, which will be built on the same site.

“If the Memorial Union is the heart of the campus then our students are the beat,” said UND Vice President for Student Affairs Cara Halgren. “They are the pulse that keeps it alive and growing.”

Halgren said the project is a “reflection of the best that can happen when we are one UND.”

The $80 million project is primarily being paid for by students, who voted in November to move ahead with the new building. The approval will result in an increase in student fees. Earlier this year, interim President Joshua Wynne worked to lower those student fees by about 50%, as the university will now be chipping in with dollars each year.

The old building, originally constructed in 1951, was torn down this year; now early work to replace it has begun.

The project should be completed by 2021. The new Memorial Union will be slightly larger than the previous building at 158,000 square feet and three stories of meeting and engagement spaces, up-to-date technology, student services and expanded dining and retail options as the cornerstone of campus.

Current Student Body President Gracie Lian said the project shows that students care about the future of UND, not only in their four or five years, but for years to come.

“It’s a really exciting time to be a part of UND,” she said.

Erik Hanson, former UND student body president, said the new Memorial Union will have an impact on students into the future.

Hanson said the project stretched beyond what he and Lian have done: The new building is the culmination of students’ work for many years and many, many hours of planning and discussion.

Hanson said he was grateful for everyone who helped make the project possible, from administration and staff to the architects on the project. He said the toughest part was going to students to ask them to make an investment in a project they likely wouldn’t get to see come to fruition, but he said students made the choice to go ahead anyway.

“It turned out not to be that bad,” he said. “Students saw years ago that, if they invested in a wellness center, students today would have a facility that was truly top notch and something that we all benefit from.”

The response was the same for the Memorial Union.

Hanson, who graduated and now works in Washington, D.C., said he’s been gone from campus for three months and has come back to see a lot of change. 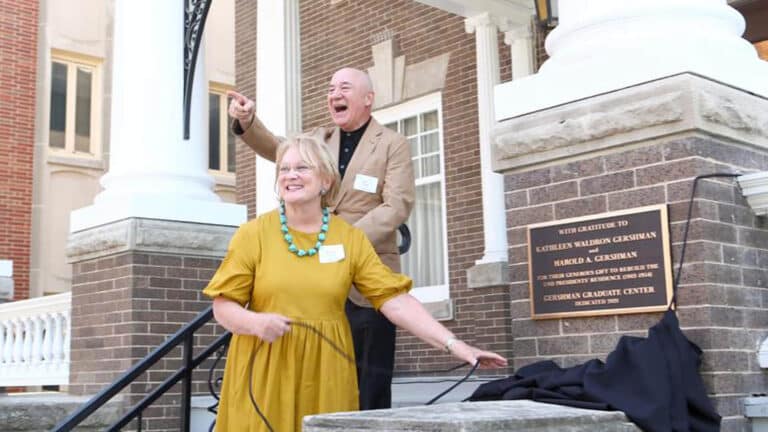