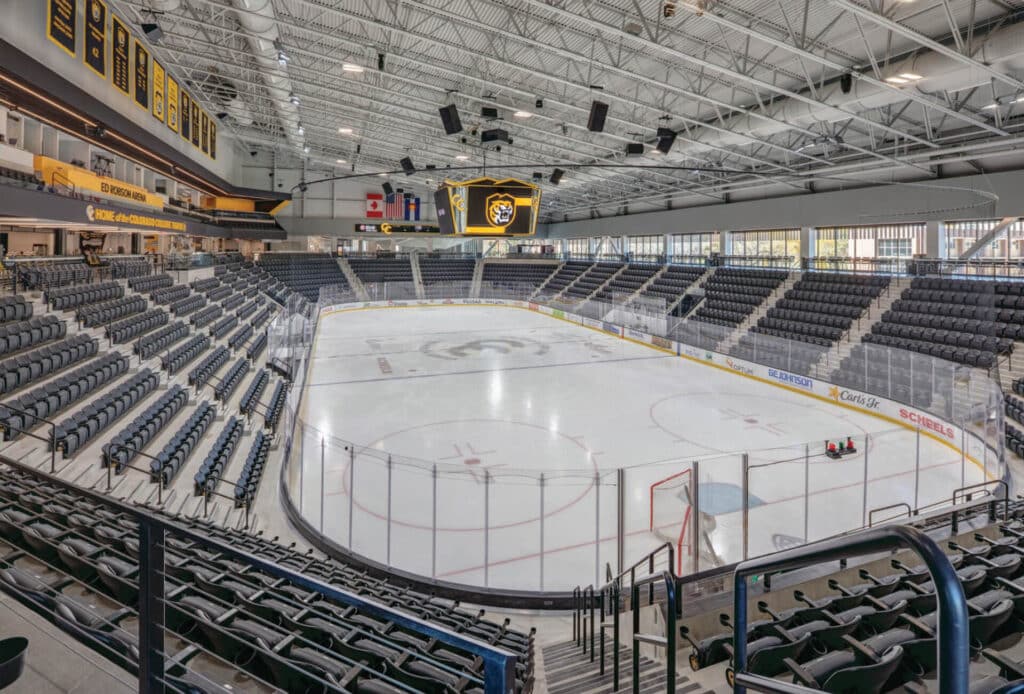 “I was getting a few calls here and there,” said the former Grand Forks Red River hockey player, who is now with the Tri-City Storm in the United States Hockey League. “It was a little more than last year. Not a ton yet — it’s pretty early in the year — but I was talking to a few schools here and there.”

Then, Montgomery took a trip to Colorado Springs.

That started the ball rolling toward this week’s commitment. Montgomery, a 5-foot-11, 167-pound forward, gave a verbal commitment to play college hockey at Colorado College.

Montgomery will play for a new-look program in Colorado Springs.

“I’m thrilled,” Montgomery said. “I went there on a visit probably a month ago. The facilities are really nice. Obviously, they are brand new. Nothing is like The Ralph, but I’d say it’s the nicest thing I’ve seen in person outside of that. They did a nice job with it.”

Montgomery’s arrival date is up in the air. He could be at Colorado College as early as next season, though.

If not, he’ll continue playing in the USHL, where his role has increased this season for the first-place Tri-City Storm (9-2). Montgomery has four points in 11 games, including three in the last four.

Montgomery played prep hockey for Red River as a sophomore during the 2018-19 season, tallying five goals and 25 points in 25 games. He then moved on to play for the Sioux Falls Power program for a year before joining Tri-City last season.

His commitment also means he will get to play college hockey games against his older brother, Dane, who is a freshman at UND.

“It’s going to be pretty cool,” Montgomery said. “I played against him last year (in the USHL), which was awesome. It will be good for my parents and it will be fun.”

In Colorado, Montgomery will be close to his older brother, Logan, who lives in Denver, and he’ll be playing for a coaching staff he feels is a good fit.

“We clicked right away,” Montgomery said. “They’re positive guys, which I liked a lot. They wanted me bad and really valued me as a player and a person, which I loved.”