Golfers will have a new place to swing clubs come late 2019, and it’s all indoors.

There’s no need to sweat through a winding nine-hole or 18-hole course to get a golf fix at Great Shots, the newest addition to the Sanford Sports Complex announced Thursday.

The $12 million, 54,000-square-foot building is being billed as a “golf entertainment facility,” with a restaurant, a video game-filled children’s area, meeting space, Sanford POWER Golf Academy and an interactive driving range.

Great Shots will open near the southeast corner of Westport Avenue and Benson Road.

“Families will use it, golfers will use it,” Sanford President and CEO Kelby Krabbenhoft said. “It’s a place we really are proud of.”

The concept was originally based on interactive driving ranges made popular across the United States by Dallas-based Topgolf, Krabbenhoft said. Topgolf has dozens of locations including one coming soon to Brooklyn Center, Minnesota.

Great Shots, however, will be owned and operated by Sanford and will include a few unique features designed to keep with the authenticity of the sport and serve athletes who want to improve their game.

The heated driving range will be open year-round, with interactive technology provided by Big Shots and Flight Scope for ball tracking.

The range will have three floors of bays to hold up to 60 golfers at a time.

Like Topgolf, players will hit balls into a heated outdoor bay into different zones that will be used to score games. Unlike Topgolf, Great Shots will use real golf balls, said Kevin Lampe, executive vice president for Sanford Sports.

“It will be a real, natural feel,” Lampe said.

Avid fans can by a season pass.

Great Shots will be located in a growing pocket of northwestern Sioux Falls, and Sanford executives think it will be a destination for families across the region. Sanford owns more than 500 acres of sprawling farmland in a part of the city still realizing its development potential.

City Hall have spent millions of dollars on infrastructure upgrades in the area. The northwestern corner is also home to other massive developments, including the University Center, USD Discovery District and Foundation Park.

Great Shots can be another economic driver for the area, Sanford Executive Vice President Paul Hanson said in an emailed statement.

“Contributing to a robust, financially sound community is not only a responsibility and privilege of a major employer like Sanford,” Hanson said. “But it is essential for us to continue to attract the best and the brightest employees, physicians and researchers.”

The Sanford POWER Golf Academy includes a putting green, private bays for the range and research space for the Sanford Sports Science Institute to study injury prevention and performance in golf.

Dirt is already being moved to make room for the facility, and construction is scheduled to start this fall. Krabbenhoft expects Great Shots to be open by fall of 2019.

“Next fall, expect to be in there swinging with us,” he said.

games golf restaurant sanford
"Families will use it, golfers will use it. It's a place we really are proud of."
Sanford President and CEO Kelby Krabbenhoft 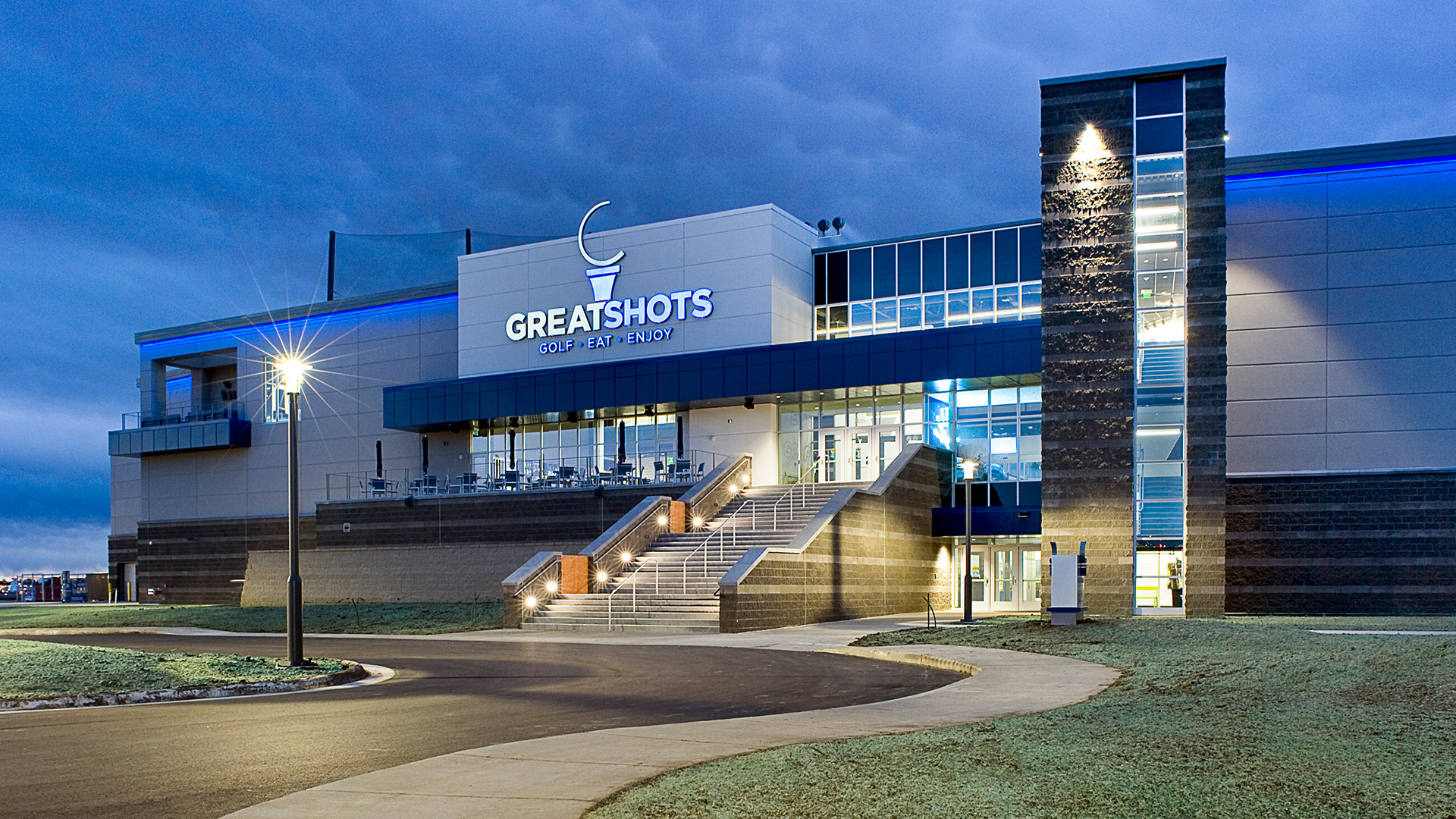