Minot State University constructed the 145,745 square foot Dome Athletic Facility in 1980. The facility was a sports venue for basketball, track, wrestling, and racquetball along with all the required locker room facilities necessary to support various sporting events. The MSU Athletic Department also has their offices and classrooms within the Dome facility. The structure was originally built without seating. A Community Fundraising Campaign was undertaken and eventually fully outfitted to its current 10,000 seat capacity. Out of gratitude for the Community effort, this facility has been open to the general public throughout the year, for walking on the Third Level. The Dome has hosted many North Dakota Class A and Class B Basketball tournaments over the past 37 years. In 2000 an major addition on the north side of the facility provided another main entrance into the Dome shortening the travel distance for fans from the major parking lot. 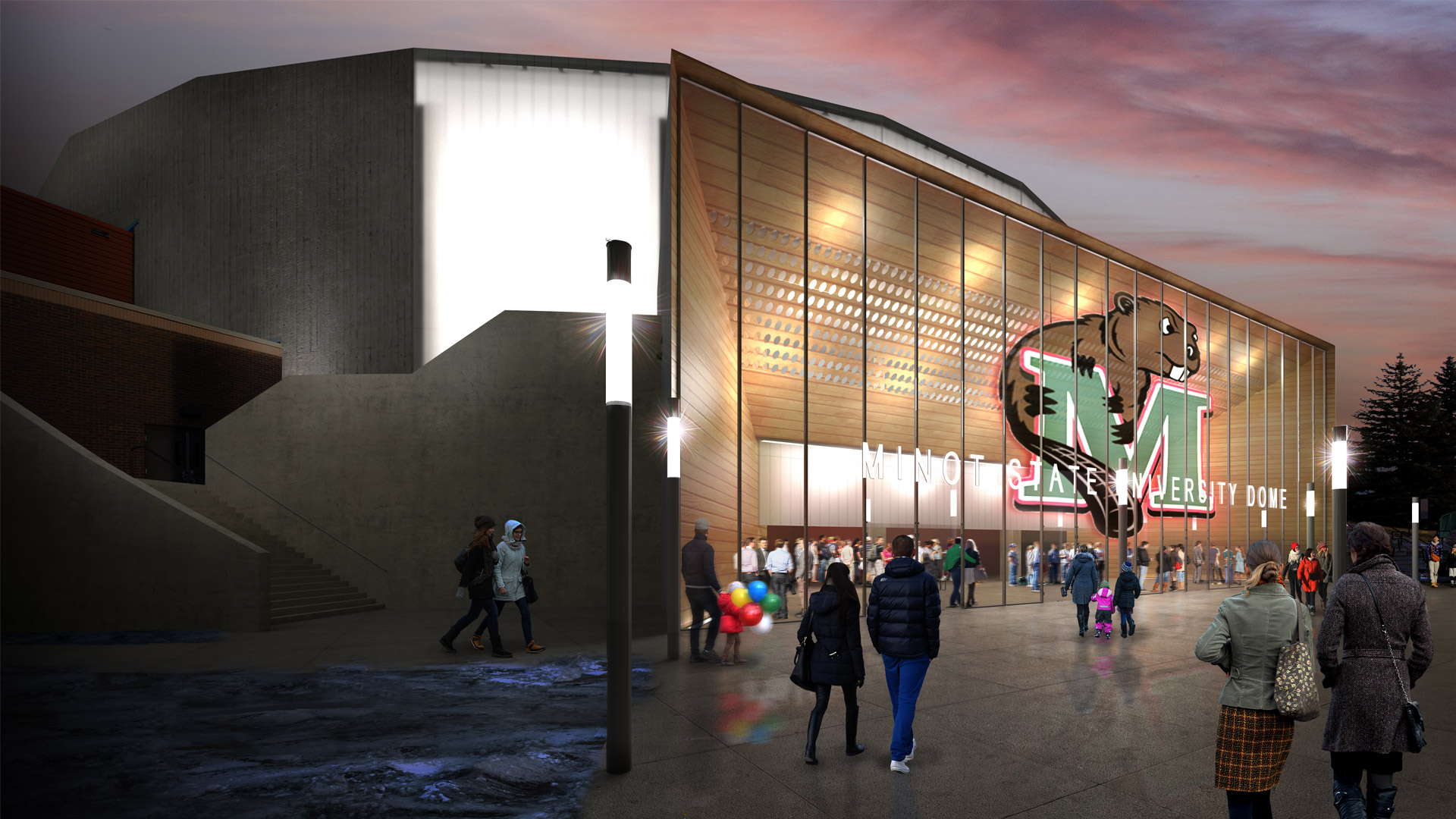