A few members of the original design team – Bob Granitz, Bob Aronson and Barb Kotta – recently gathered at the Experience Center to talk about the project. With all three now retired, the interview session atmosphere was akin to what one would expect for a happy reunion.
Back to Journal

ROSEAU, Minn. – It has all the elements of a first-class drama, though some may point to a “Mission Impossible” episode for reference. Saving a partially demolished building from the wrecking ball. Benchmarking nationally acclaimed museums. Developing architectural concepts. Directing architects and builders. Designing and constructing displays. Procuring rare artifacts for display. Creating large graphic displays from old, small photos. Get it done within the year, and make sure you get your regular job done, as well.

This was the task that consumed a small team at Polaris in 2001, when the concept of a Polaris museum in the company’s birthplace of Roseau took fruition from a unique set of circumstances. One imagines that the decision for constructing a museum for most world-class companies comes from the upper echelons in the boardroom; this one was more driven by community forces, by all accounts.

Going back to the very beginning of this storyline, a local Roseau landmark, the creamery building located north of the Polaris factory, was scheduled to be demolished. But then, someone had another idea. What about having a restaurant there? And what better to draw customers to a restaurant in the hometown of Polaris than also housing a museum featuring Polaris artifacts?

That was the vision of the Reed River Trading Co., a group headed by Pam Hetteen of Roseau. Her dream was to bring a world-class restaurant to the community. To do so, she approached the owner of Brannigan’s, a chain restaurant headquartered in Winnipeg. He seemed willing, but there was the matter of a location.

The architectural firm known then as Johnson & Laffen Architects, now Grand Forks-based JLG Architects, was brought onboard. While touring Roseau, the architect noticed a unique structure that was in the process of being demolished. Sitting across the railroad tracks to the north of the Polaris manufacturing facility, it was the perfect setting to bring Hetteen’s vision to life.

The building was a relic of the World War II support effort, housing first a milk drying factory for the war effort, and later serving as a bulk center for a regional creamery. The owners were willing to part with the relic for a nominal sum, and thus plans were formulated to purchase and renovate the building. The earliest available color schematic is dated Sept. 17, 1998, and simply shows a restaurant and empty retail space.

The problem remained to find an anchor business to help draw customers. The idea of having a Polaris museum was mentioned, so Hetteen contacted the plant manager and asked if Polaris would be interested in housing a museum next to the facility. The idea gained his approval and plans continued.

The building was purchased for $1, and the reconstruction began. The ancillary project to create a Polaris museum began within the Polaris organization and a Johnson & Laffen schematic dated July 27, 2000, which includes the museum and matches the current floor plan. And thus the Polaris Experience Center was born.

This year marks the 20th Anniversary of the Polaris Experience Center, and a celebration to mark that milestone is set for Saturday, Dec. 11 – 20 years and a week after it opened in 2001.

From design to display

A few members of the original design team – Bob Granitz, Bob Aronson and Barb Kotta – recently gathered at the Experience Center to talk about the project. With all three now retired, the interview session atmosphere was akin to what one would expect for a happy reunion.

Kotta, who led the Technical Publications group at Polaris, shared that she was tapped early as point person for the effort. This group had the technology to create the images and posters and had access to the archived company history in the form of owners and service manuals, crucial for this project.

The team was formed using members from several groups within Polaris. Kris Guggisberg, a graphic artist also from Technical Publications, handled the formidable task of designing the multitude of historical murals that line the walls of the Center. Aronson came from Engineering and submitted the initial designs for the displays. Other members included Granitz and David Lee.

By December 2000, Kotta’s front-page submission to the Polaris publication Inside Track was asking employees for Polaris artifacts, collectibles and memorabilia.

The museum concept was presented to then-Polaris CEO Tom Tiller to set the budget and give final approval on Feb. 7, 2001. Tiller approved, and the team was hard at work in the museum space by July.

At the start, the team did a walk-through of the building, analyzed the available space, formulated ideas for how to best utilize that space, and worked on budgeting.

“Early on, we knew that we didn’t have room for a museum, so we made it a timeline Experience Center,” Kotta said. “We decided it was more of an experience we wanted to communicate than show a museum of everything. ”

Aronson added, “I think we had a timeline figured out from the very beginning where you would come in and see the very start, how Polaris started, and as you walked through, you would see the changes that were made as time went on.

“As we started working on the project, I do remember making a bunch of sketches for what we wanted, and it seemed like everything started to fall together; as we worked on it stuff started coming in and we figured out where to place it,” Aronson said. “Some of it we had to have an architect figure out what it would take to hold it up, like the shelving around the sides. There was some engineering that had to go into doing that; that was done by JLG.”

As for the antique and vintage Polaris (and other) artifacts, Aronson said: “The welder for the Hetteen Hoist and Derrick display, that came from David Borgen from Badger; he donated that.”

Aronson said he and fellow employee Tim Wysocki went to Malung Township, where Bob Eastman had a combine with one of the Polaris straw choppers. That was just what they wanted for the Center, so they removed it and brought it back to the plant to be refurbished by Steve Solem for display. He said the decals were made up by Kofstad Signs.

“We would get phone calls from people that had sleds that they were willing to put on display here,” Aronson said. “We had to sift through and decide which ones we wanted to have here.”

Antique enthusiasts will recognize the name on one of Aronson’s 20-year-old sticky-pad notes: the late Art Seydel of Grand Forks.

“We had to decide which were the important points in our history … the ATV, the first Ranger, the whole racing history, the trip to Alaska,” Kotta said. “Those were the things we really wanted to highlight.”

Organizers also decided to periodically update the various displays to keep them more current, she said.

For members of the Experience Center organizing team, all of the work was “extracurricular.” They had meetings during office hours and also worked at the Experience Center during the work day while also spending evenings there. Of course, they had to have completed their regular work first, then proceed with the tasks for the Experience Center. The team worked with the architects for design needs, and Woodland Industries of Greenbush, Minnesota, was commissioned to do the interior construction work.

In examining the treasure trove of documents that were provided, the concept drawings credited as coming from Aronson’s pen were simply amazing. The displays now seen at the Center are not identical to the early drawings, but the correlation is obvious. Several of the sketches feature the display containing the asphalt brick facade of the original Hetteen Hoist and Derrick building, and several of the units still on display are seen in other sketches.

“Bob and I were working to set up a sled display, working to get it square with the world when Les walked in,” Granitz recalled. “He looked at what we were doing, then told us we were doing it all wrong. He said it had to be at an odd angle or no one would notice it. He was right, so if you look at the displays, you’ll see we followed his instructions. I do it at home, as well!”

Local woods were combed to find the best saplings for the display containing a thicket designed by Polaris employee Don Johnson, also since retired, Kotta said.

“We had to hot glue all the leaves on just right so it looked realistic,” she said.

Guggisberg, the graphic artist, said the Technical Publications group had a lot of responsibility in creating the exhibits for the Experience Center.

“Throughout the process, it was fascinating to research how Polaris started and became a success,” she said. “The three founders (Edgar Hetteen, Allan Hetteen and David Johnson) were dedicated to taking care of their employees through the lean times. It was also very interesting to find all the many products they manufactured, including even trash cans.

“Though it was challenging, at times, we managed to fit it all into a rather small space.”

Team member David Lee was not at the recent Experience Center interview but shared his perspective a few days later. Lee is a test driver and well respected in the vintage collector scene. Lee worked to set up the original displays and still helps with Experience Center logistics.

“Almost every display unit is on loan to the Experience Center, and most have been there from the very start,” Lee said. “We were looking for restored units that represented specific points in the company history. We wanted a 1965 Mustang, because that turned the company around, and we wanted a 1964 Comet, because that was so bad.”

The group’s original intent was to produce an experience for the visitor and enable each one to immerse themselves in the history and ambience of Polaris. The story of Polaris the company is remarkable in many ways, and the story of the Experience Center is equally so.

Author Robert Crowe is an investigation engineer for Polaris in Roseau. 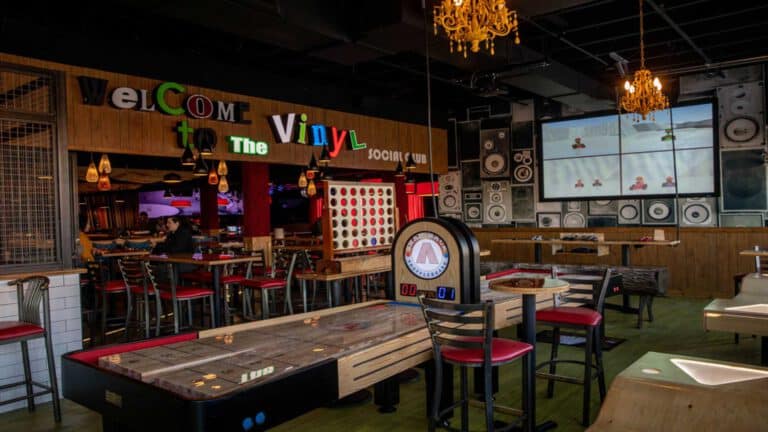 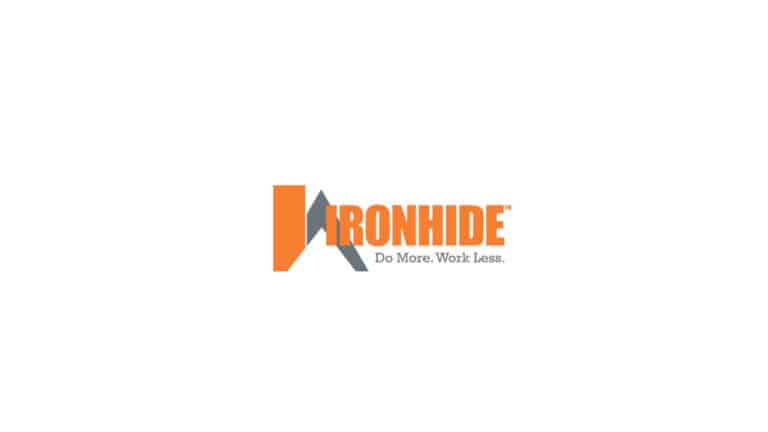