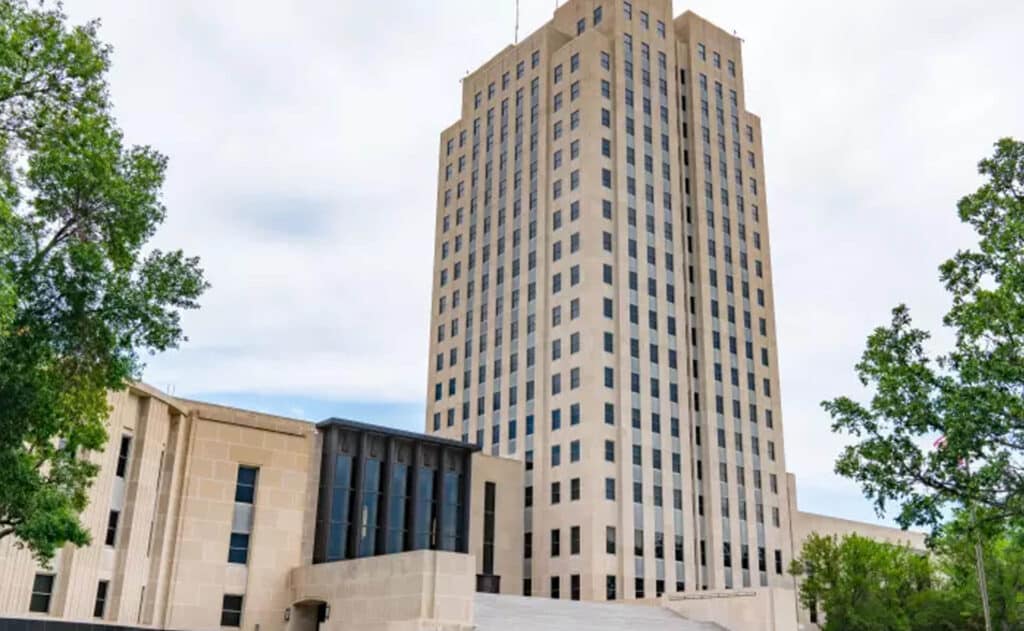 North Dakota to Fund CTE Centers Throughout the State

The Grand Forks Chamber of Commerce and JLG Architects are seeking a $10 million grant, a portion of the $70 million dedicated by the North Dakota Legislature to career and technical education centers across the state.
Back to Journal

(TNS) — Mike McLean was a little surprised to find about 15 people at the door, ready to participate in a charette for the proposed career and technical education center first thing Tuesday morning, Sept. 14, at the Herald’s community room.

“I thought we would ease into it a bit,” said McLean, principal architect with JLG Architects, whose firm is designing the CTE center, which is expected to be located on the site of the former Holiday Inn, near the intersection of Gateway Drive and I-29. The Chamber of Grand Forks and East Grand Forks and JLG hosted Tuesday’s event.

At the charette — an informal setting for sharing ideas with architects on the design and function of the facility — members of the business, building trades, energy, government and education communities could ask questions and offer input on features that would support training ranging from specialized skills in manufacturing to the soft skills needed to land a job.

McLean and his colleagues fielded comments on the need to include space for learning technology, creating and developing technologies, and learning about project management, he said, as well as resources to connect students and others from an entrepreneurial standpoint.

As the project has progressed under leadership of a steering committee, two subcommittees that have been working on the programming to be offered and the design of the facility have merged, said Keith Lund, president and CEO of the Grand Forks Region Economic Development Corporation.

The steering committee, which includes representatives from business, industry, manufacturing and education, is overseeing several other subcommittees which are working on aspects related to governance and budget, fundraising and public engagement.

It is all part of an effort to prepare a grant proposal for $10 million, a portion of the $70 million the North Dakota Legislature has dedicated to CTE centers throughout the state. The grant requires a match of in-kind or monetary contributions from public and private sources. It is expected that JLG will create blueprints to submit with the proposal for the facility, which could end up being 70,000 square feet in size.

The Career Impact Academy would provide training in career and technical skills, which are in high demand by area employers, for local and outlying rural high school students, as well as for adults seeking to acquire new skills to advance their careers with their employers or to move into new careers.

Practical input based on experience

Jim Fristad, vice president and secretary of Lunseth Plumbing and Heating, said his company has been involved in promoting workforce development at the state level for some time. His employees have been involved in this CTE project from the start and have toured CTE centers elsewhere to get ideas.

At Tuesday’s event, Fristad, who has 40 years of experience in construction, and others provided input on a plan that outlined how much space each program — such as building trades, culinary arts, plumbing and welding — would need in the facility and how that space should be arranged in a “cohesive (way) so they’d work well together,” he said.

They considered “orientation of the building — which sides should things be on, how should you leave capacity for future expansion, where’s parking, where are the entrances, are you worried about security, do you have to limit access to one entrance, then disburse from that point — just initial concept ideas.”

Grand Forks School Board member Cynthia Shabb, who attended the charette, said she is “excited to hear and see how the community is really coming together, with many different stakeholders. The EDC does an excellent job of getting people invested in projects.”

“Positive partnerships are good,” she said. “We can’t do these kinds of things alone.”

Shabb sees “a lot of benefit” in a career center that prepares students and adults for a variety of career fields, she said. In health care, for example, many jobs, such as “assistant-type positions,” don’t require an advanced degree.

“College isn’t for everybody, and sometimes it’s helpful if you work a while and figure out what you want — those are the real pluses, I think, for the high school students,” she said.

Shabb is also encouraged by, not only what the district would be able to offer to high school students, she said, but also to adults in the community, and “what (the center) could do for New Americans in the community.”

Other visitors at the event emphasized the importance of “celebrating” career and technical education, McLean said. “CTE is often hidden, and has been kind of ‘back of house’ (in educational settings),” he said. One of the suggestions to his subcommittee is “to kind of make CTE ‘front of house.’”

The CTE center should be designed as a “vibrant” space, where such things as noise from a band saw is welcome because it could excite curiosity, McLean said. “A student may wonder, what’s going on there?”

Suggestions also included space for “a playground for equipment,” like the Melrose’s Bobcat company offers in Bismarck, he said. It could be a space “to have interaction with equipment.”

Another theme that emerged is the need “to build on community partnerships” that have already been forged, McLean said.

Another message: middle school students could also benefit by exposure to the CTE center, to plant seeds for a possible career, McLean said. A day set aside for them to visit the center “would be like the current Career Expo on steroids.”