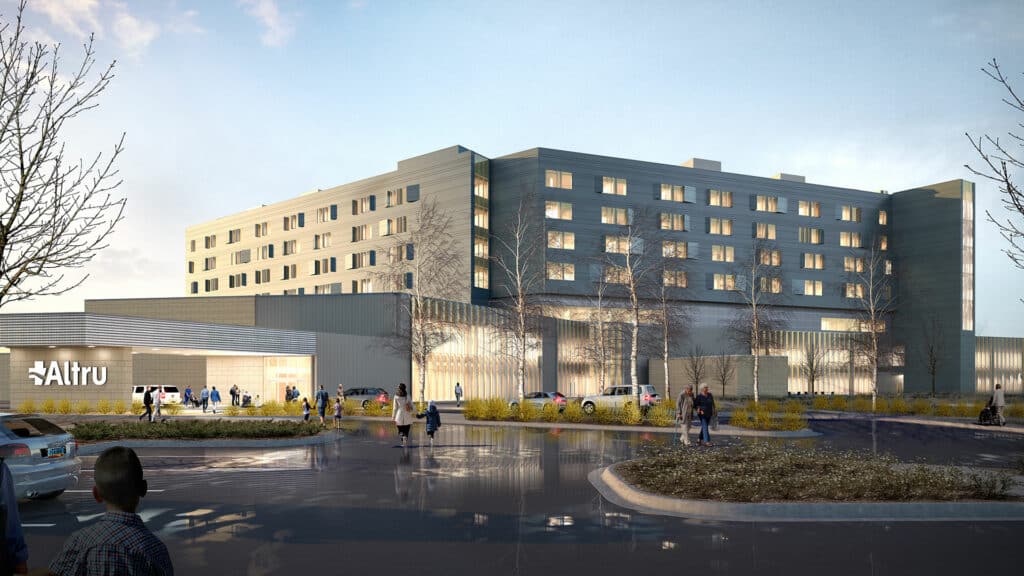 CEO Todd Forkel and Joshua Deere, interim chief medical officer, met with the Herald to discuss the progress of the new seven-story hospital building, expansion into the Devils Lake region and stability at Altru’s highest levels.
Back to Journal

GRAND FORKS — Altru Health System’s new CEO is still settling into the community, but he and other Altru leaders are excited about the ongoing construction of the new Grand Forks hospital and the system’s future in the region.

Forkel, who came to Grand Forks from Avera Health in South Dakota, said he has worked on hospital construction projects before, but not the extent of Altru’s new hospital, which is rising by the day on Altru’s sprawling campus on Columbia Road.

“It’s once-in-a-generation when communities put resources together to build something like this that really changes the face and landscape of a community,” Forkel said.

After being put on hold in the early months of the pandemic, Altru’s new hospital is slated to open in 2024. Its $380 million price tag likely will be revised upward due to pandemic-induced inflationary and supply chain issues, problems that Forkel said were not unanticipated. The scope of the hospital remains unchanged, he said.

Deere said he is excited to work in the new hospital, with all of the new efficiencies it is expected to bring, such as trauma elevators that lead from the emergency room to operating rooms. Nurses and staff at different levels had input on how they could more smoothly function in the building, a task they undertook from a north Grand Forks location.

“We actually had warehouse design space that had mock rooms that were laid out, which was really neat,” Deere said.

Like nearly every industry in the nation, Altru is coming off of two years of disruption due to the pandemic, though recent leadership troubles predate that slightly. Former CEO Brad Wehe and CFO Sara Lusignan were fired by the company’s board at the beginning of February 2020. About two years later, President Steven Weiser and Altru abruptly parted ways.

Forkel — who, of course, wasn’t at Altru at the time — said he could not speak to those leadership changes, which he said can happen in the medical industry. His intention as CEO is to create stability, and he sees Altru as his career destination.

“My own personal intent and desire is to have the rest of my career spent here as the chief executive officer,” he said.

Deere, a Kennedy, Minnesota, native and 15-year Altru veteran, said much the same.

“This is my community now,” he said. “I really am committed to the health system just like (Forkel).”

And as they say they’re happy to be in Grand Forks, Altru itself is considering growth outside of the city’s borders.

Deere and Forkel appear to be committed to pursuing expansion in Devils Lake. While they declined to give specifics on whether Altru will build a hospital there, they said they will be able to share more information as early as summer.

In December, the company signed a letter of intent to buy 50 acres of land in Devils Lake, for about $1.3 million. The company has been holding listening sessions with residents about the future of health care in the community since July last year, and those sessions continue. Forkel said he will be in Devils Lake in the first week of April to get community feedback.

“I’m looking forward to, through collaboration, making the very best health care environment that we can for those that are served there,” he said.

As the Grand Forks region aims to put the pandemic in the rear-view mirror – mask mandates have been largely dropped at UND and Northland Community & Technical College – Altru is experiencing a return to pre-pandemic levels of surgeries and procedures.

Staffing levels also have improved from a 160-person layoff earlier in the pandemic. Though the company is still making use of traveling nurses, that is happening “less and less” Deere said, but openings for nurses remain.

“All of our measurables are very similar to what they were before,” said Deere. 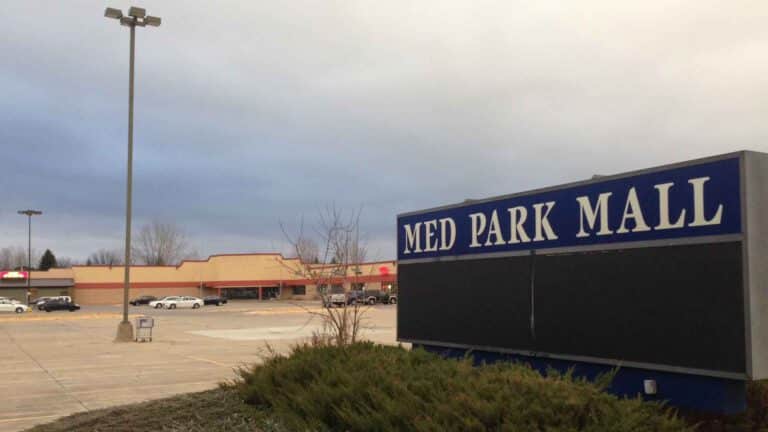