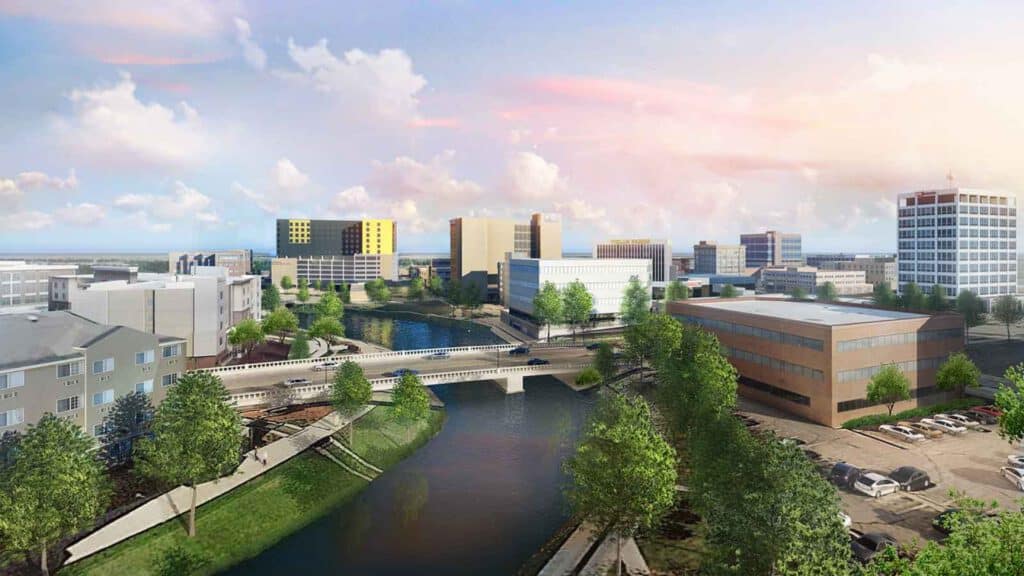 The future mixed-use parking ramp at 110 South Mall Avenue has reached significant milestones in the past week, including the addition of a hospitality partner.

Last week, Legacy Development delivered its first development rights payment of $150,000 to the City of Sioux Falls. This is the first of three nonrefundable payments that in full will total a $1 million lease the private developer is required to pay the City. Another payment of $350,000 will be required prior to the private improvements breaking ground, and $500,000 more is required before the development is occupied.

The assignment agreement deletes Aaron Hultgren as a personal guarantor for the project and adds Jeff Lamont, CEO of Lamont Companies, Inc., based in Aberdeen, SD. Village River Group, LLC, will be managed by Lamont, who brings 20 years of hospitality development experience to the project. Lamont Companies is a full turn-key real estate development company that has successfully developed, owns, operates, and has constructed as the general contractor more than 50 franchised hotels, convention centers, restaurants, and residential apartment components throughout the United States.

“The City of Sioux Falls is even more confident in the mixed-use parking ramp project’s success than we have ever been. This development will serve our community for decades to come and would not be possible without this public private partnership,” saysDaren Ketcham, Director of Community Development. “This assignment agreement will strengthen the project by bringing hospitality development credentials and the ability to attract upscale brands to downtown Sioux Falls.”

The development agreement is designed to protect the City’s interest. This includes four personal guarantors, who will be Jeff Lamont, Norman Drake, Paul Cink, and Larry Canfield. The guaranty is joint and several, meaning the City could pursue claims against one or all of the guarantors’ personal assets. As such, each personal guaranty carries the potential that the guarantor could be held responsible for the whole obligation if other guarantors were not able to fulfill their obligation, for any reason. There is no reason to assume the City will need to make a claim against a personal guarantor.

The future mixed-use parking ramp will transform downtown and will be an iconic and striking landmark for the city’s skyline. At 13 stories, the structure will be one of the tallest buildings in downtown Sioux Falls (and all of South Dakota) and will include 525 public parking spaces, 120 to 150 hotel rooms, event center meeting space with adjoining restaurants, and more than 37,000 square feet of commercial space. The total project investment is estimated at $50 million.

Since 2014, the City has been working toward constructing a new parking ramp in the core of downtown, where demand for parking is very high and growing. In planning for the ramp, the City’s goal was to partner with a private entity to provide a mixed-use element to the parking ramp that would enhance the scale of the project and maximize private investment activity at the site. The public improvements and phase 1 of the private improvements will be constructed by Journey Group Companies and designed by JLG Architects.

A groundbreaking will occur in spring 2018. The public parking ramp is expected to be complete by fall 2019 and the private development by mid 2020. To see renderings of the project, and for more information, go to www.siouxfalls.org/parkingramp. 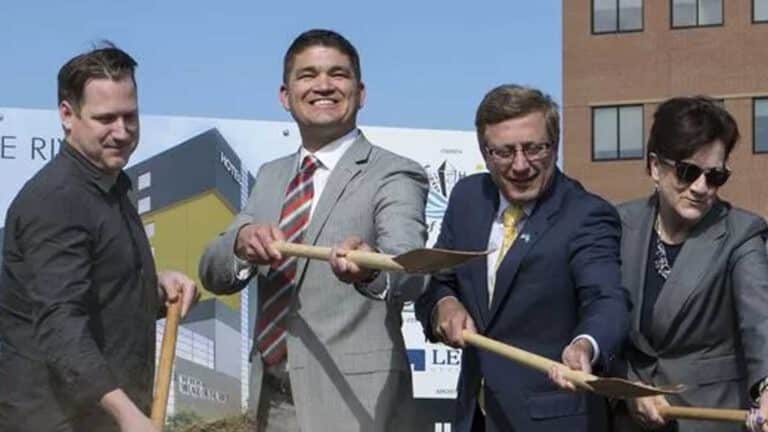 Sioux Falls breaks ground on Village on the River 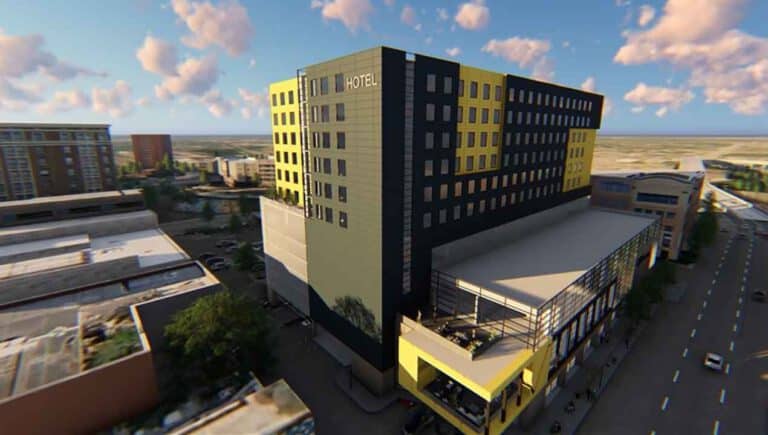 How do you design a parking ramp that’s ‘iconic’? You hide it
Questions? Connect With JLG