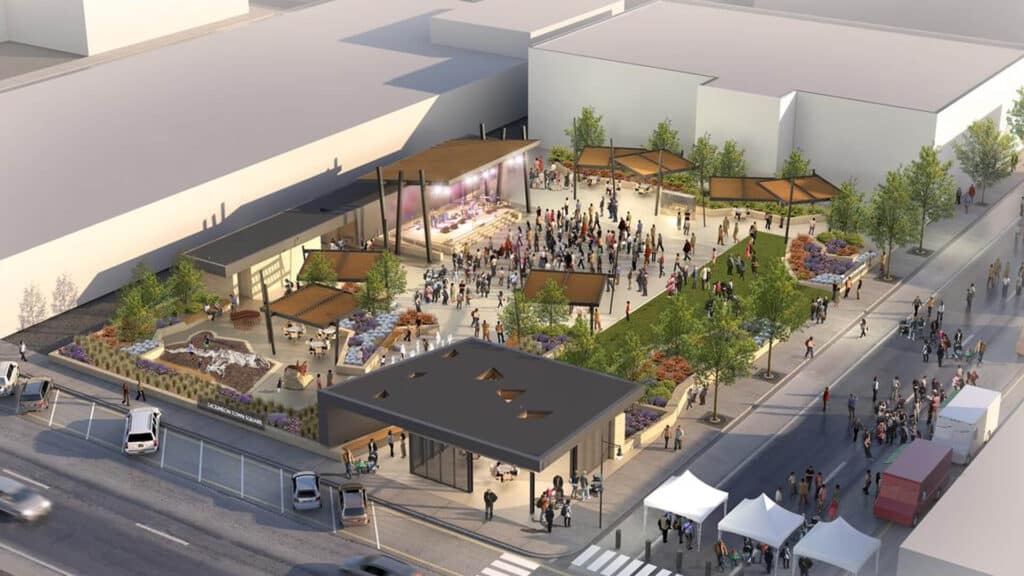 Back to Journal
Mayor Scott Decker announced this week that the Marathon Petroleum Foundation will contribute $200,000 to the city to help fund the long-planned Dickinson Town Square project, located on the corner of First Avenue West and Second Street West, behind the former American Bank Center building.

Now that the City of Dickinson has moved forward with the bidding process for the Dickinson Town Square project, Mayor Scott Decker announced this week that the city received a generous donation of $200,000 from the Marathon Petroleum Foundation to help contribute to the construction process.

The Dickinson Town Square is set to be located on the corner of First Avenue West and Second Street West, behind the former American Bank Center building. Decker noted in a press release that Marathon’s contribution to the project resulted from ongoing discussions that began in April. The city then determined that the green spaces and farmers multi-use area would be the most appropriate place for Marathon’s investment, Decker said.

“We’re very appreciative of this sizable donation to the development of our vibrant downtown,” Decker said in a city press release. “The design of the Town Square project will include more than two dozen trees and a natural green space that will mirror our state’s beautiful grasslands. This will be a great boost to our downtown businesses and give everyone a year-round venue for events and gathering together.”

Mike Higgins, who oversees operations at the Marathon Dickinson Renewable Diesel Facility, said that the donation is a way to support two of the company’s top community investment priorities — thriving communities and sustainability.

“Marathon is grateful to be a part of this community, and excited to be part of such a great project with the city of Dickinson,” Higgins said. “So many of our employees and contractors live in this area, myself included, so this investment is an opportunity to help the Dickinson Town Square project come to life for us all.”

The project has been in the planning stages for approximately five years. On Aug. 3, the Dickinson City Commission unanimously voted to approve construction documents, which opened up the bidding process for three weeks.

Though City Administrator Brian Winningham has only been in office since December of 2020 and is overseeing the final stages coming to fruition, he said he is hopeful that the project will be well received within the community.

“So I get to be the one (where) all the heavy lifting (is) almost done. As the new city administrator then, I benefit from shepherding the final stages,” Winningham said in a previous Press interview. “I hope that everybody that has worked so hard to get to this point can be proud of all the work they’ve done and I just get to be the one to push it along at the final goal line. Ultimately, when you have a finished product, I really hope that the community values that space where people can come and gather and really have a place where they can call their own as a Town Square.”

Following the bidding process, the city will then look at incoming bidders and the commission will then potentially vote on what options they want to construct during its first meeting in September. The bid opening would likely be on Sept. 1. 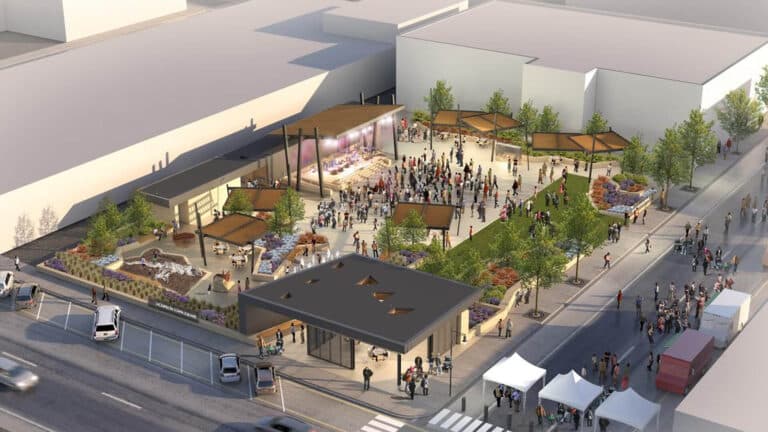