The Grand Forks Regional Water Treatment Plant is a work in progress. It’s been moving toward completion since at least 2014, when JLG Architects presented its proposal to the city and won the bid. Now, construction is set to wrap up in 2020.

But this is not a typical construction project, JLG Architects says. And the process is more complex than it is for the usual projects they take on.

“It’s a really complicated coordination project, because it’s a little more large-scale pipe” to consider than the pipes used in, say, an office building, says Production Leader Chris Heidrich. “It involves a bit more engineering than a typical project, so there’s a lot of coordination involved.”

“I kind of envision the big idea, and then Chris makes it happen,” he says.

Getting started
In the case of the Water Treatment Plant, Grand Forks-based engineering company AE2S approached JLG to head the project from beginning to end. While cost is a large part of the planning process, it’s the who, what, when, where, why that the architects really need to understand.

When clients approach JLG, they generally know what it is they want, Jordan-Denny says. But the clients don’t always consider the nitty-gritty details, which is where the firm comes in. “The typical client knows what they want, but they don’t know how to get there,” he says.

Building occupancy, room size and location, electrical and hydraulic requirements are all taken into consideration on top of budget; and for the water treatment plant, that was no easy feat. The team had to coordinate a plan that would allow space for the project’s design-specific water filtration, pumping and treatment system.

“In some instances, like the water treatment plant, we do case studies and do some tours of other facilities,” says Director of Construction Services Tom Behm. He oversees the construction of projects, makes sure workers follow the construction documents and resolves issues.

It’s also important for the client to consider the future. “When we first meet the clients, we ascertain their goals and put some measures around that,” Jordan-Denny says. “What does success look like five years from now?”

The team then develops two or three different approaches based on the client’s requests, proposing a variety of angles from which the project can be approached.

“We really want them to realize their vision,” Heidrich says. “When they come to us, we want to make sure there’s a smooth process.” Part of that is offering a range of possibilities, listening to the client and adjusting the vision.

“We have to be flexible,” Jordan-Denny says. “Usually it becomes obvious pretty quickly which option is the winner, and so you’re constantly honing in on a direction that you can latch onto, that the team can latch onto, and really refining that.”

In brainstorming sessions, the JLG crew got to thinking about one cohesive vision. “What really got us going was this idea that we’re taking river water and turning it into drinking water,” Jordan-Denny says. “And you’re going from dirty brown, muddy water into something you can drink.”

The ideas started flowing, and plans emerged for a building whose flow and aesthetic would show the process of treating water. A play on interior and exterior texture with various materials such as perforated metal, rusty steel and concrete would help set the feel for the building, while the layout would make learning about the treatment process simple and intriguing for visiting students.

After presenting the various ideas and combinations, the team hopes the client will choose the best. “We have our favorites, and we usually make a recommendation, but ultimately it’s their decision,” Heidrich says.

Construction
After organizing the big picture, agreeing on a design and finding the right contractors for the job, construction moves forward.

Every square inch of the project is documented in construction binders. These include information on the entire project, with descriptions of everything from the screws and carpet to the siding and parking lot.

“Hopefully, by the time we’re done with that big stack of drawings, someone should even be able to build the project without talking to us,” Jordan-Denny says.

Of course, problems can arise and questions can be posed, but they’re handled by an assembled team and manager. A team of professionals is hired to help decipher pricing and catalog the available options, alerting contractors, owners and JLG of any issues.

For example, the water-treatment plant needed to scale back on the desired 20-million-gallon capacity, in order to meet budgetary requirements. The size of the project decreased 50,000 feet and the gallon quantity was adjusted.

The adjustments continue to this day. A building committee, made of representatives from different departments and organizations involved in the project, comes together every two or three weeks to decide on changes to the plans, however major or minor they might be. The committee then meets with the owner or board of directors to approve the changes.

Until the project is complete, the entire process “takes a lot of communication skills on our side,” Jordan-Denny says. And JLG has years remaining to keep the communication between various groups going.

Behm says, “It ended up pretty close to the initial layout.”

As construction continues, the team’s communication with other players will remain the priority. Keeping a flow and following the details while maintaining the original idea will ensure the end product will be a proud accomplishment, Jordan-Denny says.

“If you can go back to that original concept where you’ve got a strong design and strong goals, and you can measure your value-engineered project against those and say, ‘Yeah, we’re meeting all those goals,’ then you’ve done pretty good.” 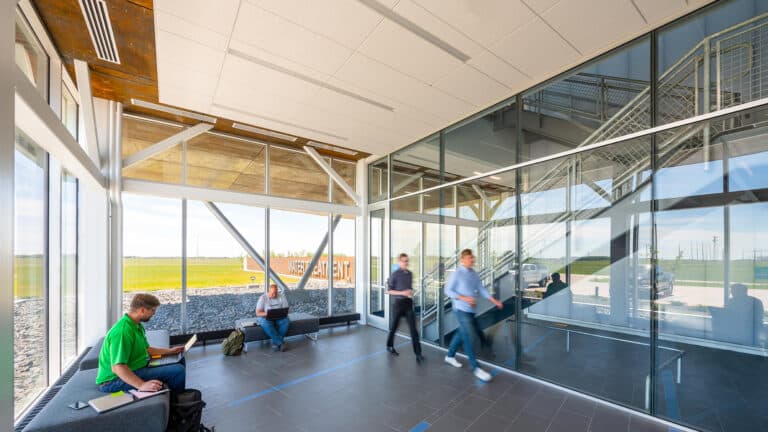 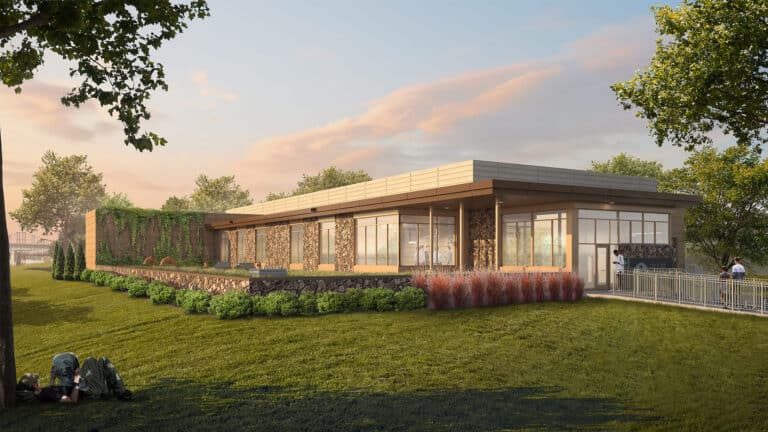