The state-of-the-art Sanford Medical Center that will open here in about a month had an improbable origin stemming from a natural disaster.

During the historic 2009 flood, MeritCare Medical Center was forced to evacuate all of its downtown hospital patients as a precaution. Sanford Health, then headquartered solely in Sioux Falls, S.D., offered to help.

In discussions that followed, leaders at both organizations discovered they had a lot in common and a similar vision for the future of health care. A merger soon followed and so did a “handshake” agreement to build a new medical center in Fargo.

That agreement—Sanford calls it a promise made and a promise kept—comes to completion Tuesday, July 25, when the $494 million medical center on the city’s western edge opens its doors and will receive its first patients.

It’s the culmination of years of planning and preparation. MeritCare bought the 109-acre space at the southeast junction of Interstate 94 and Veterans Boulevard back in 1998. Sanford began planning the new medical center eight years ago. Construction began five years ago on the most expensive private building project in Fargo history.

“This facility is another elevation of what we’ve been doing a long time,” he said. “It just takes it to a new level.”

The new Sanford Medical Center is one of the largest hospital projects under construction this year, tying for second place with a Houston project and only behind a new medical center in Loma Linda, Calif., according to a ranking by Revista, which tracks hospital projects.

“I think this is going to be just an amazing facility,” said Jerry Jurena, president of the North Dakota Hospital Association, who recently toured the new medical center. “They started with the premise of the patient and the employee.”

The hospital will have 284 beds on opening day, with room to add another 96, for a total of 380 beds. It will open with 27 operating or procedure rooms, with the capacity to add 14 more in the future.

In designing the new medical center, staff and physicians had extensive planning sessions to reimagine the way patients receive their care.

“It’s the overall patient experience that was front and center in the design of this facility,” Richard said.

The new medical center will serve as the hub of a network that includes rural hospitals and clinics in the region.

A visitor at the new Sanford Medical Center will immediately notice the wide use of natural light, which enters through large windows throughout. The effect is most noticeable in the three-story atrium inside the main entrance, inside patient rooms and in waiting areas.

Designers made liberal use of natural light and soothing colors, including earth tones, to try to make the medical center’s interior as calming as possible. Artwork from local and regional artists adorn the walls, offering “positive distractions.”

The X-shaped footprint of the medical center allows each patient room an unobstructed view and reduces the size of the wings on patient floors so nurses don’t have far to walk to patients under their care.

Using an idea the healthcare industry has borrowed from Disney, the interior space is divided into “on-stage” areas for patients and visitors and “off-stage areas” for staff. Supplies and meals are delivered via off-stage corridors, away from patient rooms, to reduce noise and distractions for patients.

“We can do all of that off-stage now, while the patient and family are resting,” said Mike Erickson, Sanford’s executive director of facilities and support.

In another design feature to avoid disrupting patients and to reduce the need for lugging dirty laundry around, dirty linens, medications and materials can be sent from floor to floor using a pneumatic tube system, with materials traveling at speeds of 60 mph.

“So the nurses are no longer having to drag dirty laundry up and down the hallway,” Jurena said. “That’s just one component of all the things going for them.”

The new hospital delivers a major milestone: each patient room is private, not only at the new Sanford Medical Center, but soon also at Sanford’s downtown and South University Drive campuses.

“That’s going to be a huge patient-satisfier,” Erickson said.

Except for the new center’s 52-bed Family Birth Center, each of the patient rooms at the new medical center features identical dimensions, standardization to enable maximum flexibility in reassigning room purposes as needs change, Erickson said.

Each patient room is 326 square feet, furnished with a sofa sleeper under a large window that pulls out into a bed. Because of the “family zones” in each room to encourage visitation, “visiting hours” are no longer necessary.

The birth center rooms are 1½ times as large as the other patient rooms, each equipped with full-size beds, large water-jet tubs and other amenities for the new mothers.

The birth center is on the 10th floor, the top patient floor, offering each room a commanding view.

Thanks to a $1 million donation from the Cullen Children’s Foundation, established by Matt Cullen, a Moorhead native who plays for the NHL champion Pittsburgh Penguins hockey team, the Children’s Hospital includes a play area called Cully’s Kids Cabin.

The play area will be staffed with child specialists and features an arts and crafts area, kitchen and nutrition area, teen space, toddler play space, a hockey shootout rink, video and interactive area.

“We’re very fortunate and pretty excited about this partnership,” Erickson said, referring to support from the Cullen Children’s Foundation.

The medical center is furnished with the latest in technology in the laboratory as well as in the operating and procedure rooms, said Sanford administrators.

One of the most novel examples: The operating rooms are equipped with communications capability that allow real-time, high-definition video and audio conferencing, enabling surgeons to consult with medical experts anywhere, guided by a magnified view of the surgical field.

“This OR is super advanced,” Nelson Wright, a representative of Steris, the company that supplied much of the technology in the operating rooms, told a group that recently toured the new medical center. “The most advanced at this time.”

The new medical center has 50 emergency department rooms on the first floor. The operating rooms are on the second and third floors, all readily accessible to ground ambulance and the helipad for helicopter ambulances, adjacent to the fourth floor.

The emergency department also has a behavioral health room, which can be used in treating drug overdoses, Erickson said.

Sometime next year, Sanford will apply to become recognized as a Level 1 adult trauma center. If approved, the Sanford Medical Center here will be the only designated Level 1 trauma center between Minneapolis, Denver, Omaha and Seattle.

In preparation, Sanford has added new specialties, including neurosurgery and vascular surgery specialists as well as separate surgical trauma and acute care teams.

The procedure rooms, including cardiac catheter rooms and endoscopy suites, are on the second floor, also easily accessible in emergencies.

On the first floor, there is seating capacity for 220 in a dining area that includes three restaurants: The Fresh Market, Farmhouse Kitchen and Silver Grille, each with different menus and what Sanford describes as an emphasis on “healthier, plant-based food.”

The meals are prepared at a central kitchen in Sanford’s downtown campus, a system Sanford administrators said is more efficient, reducing staffing needs and the square footage of its kitchens.

To help visitors navigate the sprawling medical center, Sanford is working on a wayfinding smartphone app. Guest services staff members also will be able to direct people. There are four public elevators near the center of the building.

For security reasons, public access to the building is limited to two entrances: the main entrance in the front and the entrance to the emergency department.

Looking ahead, room to grow

With a campus of 109 acres, there’s plenty of space to allow growth in the coming decades at the site of the new medical center.

“One million square feet isn’t nearly enough,” said Nate White, Sanford’s chief operating officer, who will succeed Richard as top executive in Fargo when Richard retires in August. “At some point, it’s probably going to be triple that.” When it opens, the new medical center will have only a small clinic, the I-94 Clinic, to enable hospital-based physicians to see patients for clinic visits. More clinic space will be added in future years, possibly within the next five years, White said.

In looking to the future, Richard said the next building at the new medical campus likely will be clinic space for cardiology, perhaps in combination with another specialty.

“Long term, it’s going to be a large clinic out there,” he said. “That, like a lot of things, will be phased.”

The growth in medical specialty offerings has been overshadowed by the new building, but is crucial to Sanford’s goal of providing care as close to home as possible, White said. Over the past seven years, the number of Sanford physicians in Fargo has grown from 370 to 550, a gain of 180.

As Sanford has grown—it has 45 hospitals and almost 300 clinics—it has become easier to recruit physicians and other medical professionals, White said.

For his part, Richard never expected to see a major medical center built before he retired when he helped MeritCare secure the land purchase back in 1998. The project simply wouldn’t have been possible without the merger, and the greater financial clout it created, Richard said.

“We might have done something out there,” he said, “but it would have been on a smaller scale.”

The grand opening community celebration will feature tours of the new hospital, games and more. Family Wellness will host outdoor yoga at 11 a.m. and outdoor Zumba at 6 p.m. at the new hospital site.

Parking will be limited at the new medical center. Free shuttles will be available at Scheels Arena, 5225 31st Ave. S, Fargo.

The concert, which will be east of the new hospital, is meant as a thank you to employees for their work on the project and to celebrate the milestone.

Sanford expects a crowd of 15,000 to 16,000 for the concert celebration, which is not open to the general public. 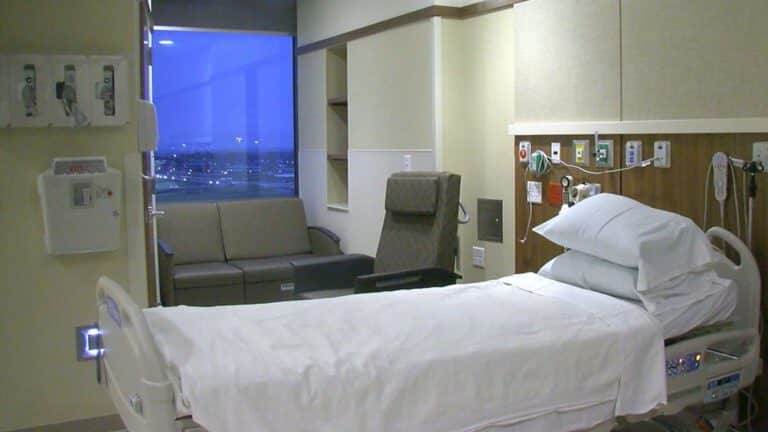