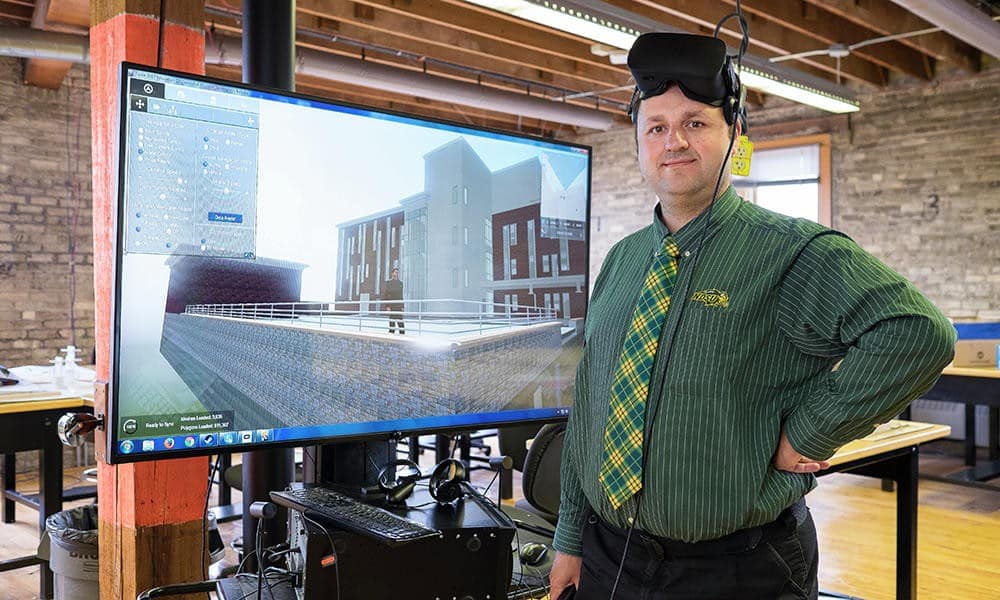 How technology is changing architecture

Advances in technology are transforming the practice of architecture, and the pace of change is accelerating.

During recent decades, the design process has moved from pencils and drafting boards to computers equipped with software that could produce 2D and, more recently, 3D images. Now, even some small companies are using virtual reality to improve production and help market their work.

Life-like, 3D images of projects can help architects, engineers, builders and their clients tour, inspect and tweak every square foot of a building before it is constructed.

New technology and its increasing affordability also are driving advances in areas such as sustainable design and in the use of drones to capture aerial images.

However, the mobile phone is the technological tool that might have had the biggest impact in reshaping architecture as well as some other industries.

“The biggest change isn’t the computer as much as the iPhone. The iPhone allowed us to disconnect and have 12 offices,” said Lonnie Laffen, CEO of JLG Architects, a tech-savvy company based in Grand Forks.

“I really don’t need an office anymore. Our management team can manage multiple offices because of technology,” said Laffen, who is an architect and one of the founders of JLG.

The company was founded in 1989. It employs 110 people – 85 of whom are architects or are on track to become architects. In addition to Grand Forks, JLG operates branches in Bismarck, Dickinson, Fargo, Minot and Williston in North Dakota; Brookings, Rapid City and Sioux Falls in South Dakota; and Alexandria, Minneapolis and Rochester in Minnesota.

Chris Heidrich, production leader for JLG, works on projects with employees throughout the company. “Our consultants don’t even have to be in the same town anymore,” he said.

Technology makes it feel like everyone is in the same office, said Leap Chear, senior architect and director of operations at the EAPC office in Sioux Falls. New software helps firms design a base document that can be accessed remotely by multiple parties involved in a project, Chear said.

“All firms, if they want to compete, they need to stay up with the latest in technology because clients are looking for that and expecting that, and they expect work to be done faster,” he said.

Nineteen years ago, when Chear got into the profession, AutoCAD was the dominant software used by architects. Such software helped replace manual drafting. Now software such as Autodesk Revit is popularizing 3D images.

Architecture Incorporated in Sioux Falls is among the regional firms with an Oculus Rift headset, which allows clients and construction partners to take a virtual tour of a building that still is being designed. The view of the building changes as the user’s head turns. A virtual tour also can be navigated with game-like control sticks, and the view can be projected on a computer screen for a group to see.

“It’s a really good tool for showing owners what something is going to look like,” said Andrew Eitreim, vice president and principal architect at Architecture Incorporated.

Architecture Incorporated also has a 3D printer which can be used, for example, to make parts for a miniature site model. The company is still figuring out the best ways to use tools such as the printer, Eitreim said.

“Buildings continue to get more and more complex and so, along with that, the tools to help deliver those projects have changed quite a bit,” he said.

Software that helps firms design in 2D remain in use, but software such as Revit has been transforming practices for few years. 3D computer designs are being loaded with information about building materials. Potentially, such renderings can be used to manage buildings as well as guide the construction of structures.

Dan Stine is the BIM coordinator at the Duluth, Minn.-based company LHB Corp. He also teaches a graduate course in Building Information Modeling, or BIM, at North Dakota State University.

The biggest changes in architecture during the past 25 years have been the increasing use of technology in design work and design emphasis on sustainability to reduce energy consumption, Stine said.

The adoption rate for BIM methodology is growing, but firms are still adapting to the use of tools such as virtual reality, he said. The next step is augmented reality, which can enhance 3D images by, for example, adding furnishing options to check out.

In addition 3D printers, architecture students at North Dakota State University in Fargo have access to tools such as laser cutters and routers to help fabricate models.

“It’s one thing to look at my design on a computer screen. It’s another to hold it in your hand,” said Ben Bernard, computer services specialist in the Department of Architecture and Landscape Architecture at NDSU.

“It’s really important for design firms to translate design ideas in an attractive way for clients,” Bernard said. “Most laypersons don’t understand how much technology goes into the design process and how complex the design process can be.”

Across the Table with Catherine Dekkenga
Re-envisioning Healthcare in Virtual Reality
Insights and Intuition
Prairie Business publishes 40 Under 40 list for 2021
Questions? Connect With JLG