Library Director Wendy Wendt said the finished space will feature interactive learning and exploring opportunities for babies to pre-teens, and flexible seating areas for kids and families. It also will become more accessible for all children
Back to Journal

GRAND FORKS – The children’s department at the Grand Forks Public Library will be “alive with the colors of nature,” Library Board President Brad Sherwood said, once remodeling is completed next year.

Library Director Wendy Wendt said the finished space will feature interactive learning and exploring opportunities for babies to pre-teens, and flexible seating areas for kids and families. It also will become more accessible for all children.

And the pirate ship that has occupied the children’s department since 1999 will be replaced with an accessible multi-level tree-house.

“The pirate ship was not accessible to everyone so this (tree house) will be a wonderful addition to the children’s library,” Wendt said.

The remodeling will give a “long-needed facelift” to the children’s department Sherwood said. The children’s department was originally located on the first floor of the library, which opened in 1972, but was then moved to the second floor after the library’s upstairs addition was completed in 1984.While the carpet was replaced in the early 2000s, Wendt said the furnishing in the space is original and has never been replaced.

Once the children’s department remodel is finished, Wendt said it will complete the remodeling of the entire library, after the main floor remodel was completed last year.

Wendt said the library has been following the bidding process as required by North Dakota Century Code, but hasn’t had to go out for bids through the City Council since the library isn’t a city department. The library sent out a request for quotes for the design process, and JLG Architects was selected.

At last month’s Library Board meeting, board members approved the remodeling designs JLG presented. JLG has sent out a request for quotes for a construction manager at risk, which Wendt said is the same process the library used for the first-floor remodel. Once a CMAR is in place, the selected firm will conduct any other bid requests and will oversee the project.

The library also isn’t requesting any additional funding from either the city or the county for the project as funds have been set aside in the library’s capital reserve account to cover cost of the remodel. Wendt said the total cost of the project is estimated to be around $750,000 with all the interactive elements that will be included in the space, though the cost will be better determined once the CMAR is in place. Funding for the first-floor remodel was around $560,000, and came from reserves the library built up over time.

The hope is for work to begin this winter and to be completed by early next summer, though Wendt said the completion date depends on manufacturing and delivery details.

Both Wendt and Sherwood said they’re excited to see the children’s department get remodeled to further serve the community and the library’s purpose.

“As the community’s ‘Playground for Curious Minds,’ the library offers amazing programs and events for people of all ages,” Wendt said. “It is time that the facility encourage that same opportunity for curiosity and discovery that our materials and programs do. We are all very excited to be able to offer the community the inviting and flexible environment that will ignite their imaginations for years to come.” 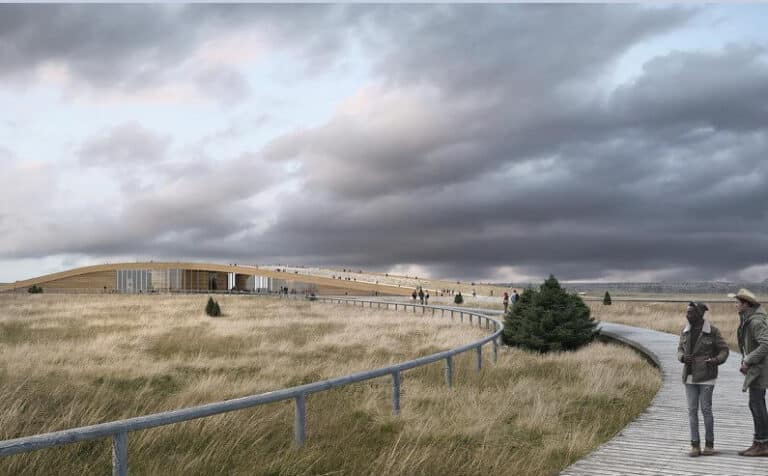