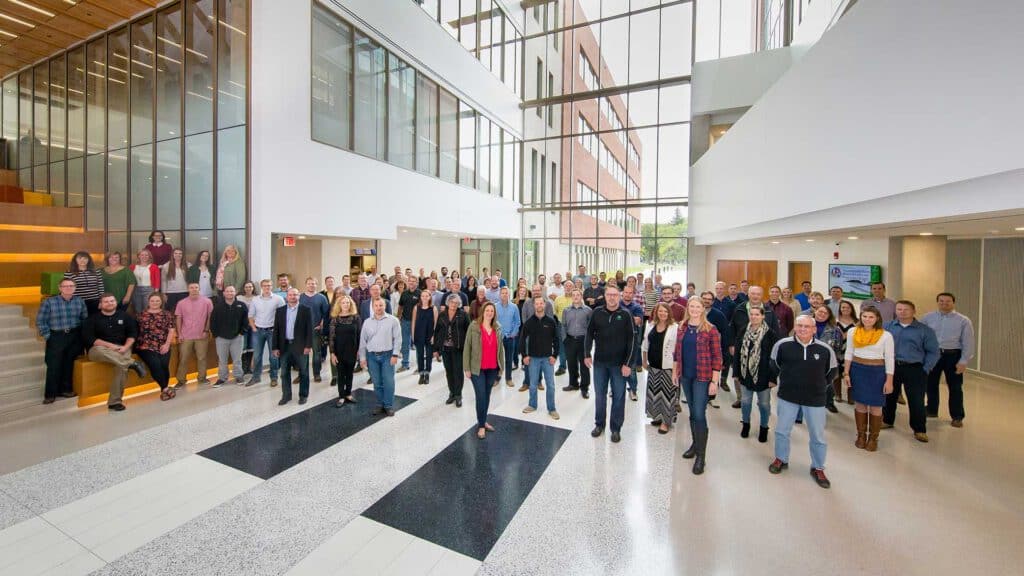 For Hal Gershman, the problem was one of succession: what to do with the North Dakota business that his father, “Happy” Harry Gershman, started in 1944, and that Hal took over and steered through multiple expansions starting in 1976.

Hal’s daughter had her own career and wasn’t necessarily interested in assuming leadership of Happy Harry’s Bottle Shops, the company that now comprises two stores in Grand Forks, N.D., and three in Fargo, N.D.
The solution Gershman worked out over an eight-month process in 2015 was to start an employee stock ownership plan, or ESOP.

“I was interested in protecting the future for the employees,” Gershman said. “I like to tell people that when I was younger, I was a pretty damn good retailer. These people are better than I was. They know how to taste, they know how to buy, they’ve got the culture of our service – how we treat people.”

The ESOP that went into effect at the end of 2015 rewards employees and also maintains the culture of Happy Harry’s.

ESOPs vary considerably from company to company in the details. The Happy Harry’s plan requires an employee to work 1,000 hours in a year to qualify. Once employees qualify, the number of participatory shares they receive is based on time and income; the higher the salary, the more stock they will have in the business.

At the end of six years, they are entirely vested in what amounts to a retirement plan. If they leave the company, their stock is paid out like a 401(k) plan.

Gershman remains president and chairman of the board for Happy Harry’s, working on strategic planning and advertising for the company. But the new ownership arrangement also allows him more time for other things.

Two of the words Gershman uses to describe his experience with forming an ESOP show up often when other exectives talk about their own path to employee ownership: culture and legacy.

Steve Storkan, director of ESOP administration for Alerus, the Grand Forks-based company that helped Gershman set up the Happy Harry’s plan, says a desire to see company legacy continue is one of the common features of many ESOP companies.

For example, Grand Forks-based AE2S, an engineering and consulting firm with offices in both Dakotas, Minnesota, Wisconsin, Montana and Utah, had a culture that recognized the worth of employees from the time the company formed in 1991, CEO Steve Burian said.

Burian, who co-founded the company with President Charlie Vein, said starting an employee stock ownership plan was a natural extension of that. And it made sense because the company was already adding “junior owners” over the years – so many that by 2017, 44 people (including the two founding owners) owned a part of the company.

“That process got to be cumbersome,” Burian said. “One major advantage of the ESOP is that it created a much more defined and sustainable process for transitioning shares over time.”

It also fit the company’s culture in that the new plan allocated stock to every employee helping to make the business a success – providing additional income for their retirement, while providing some tax advantages that can help fuel the company’s growth.

At JLG Architects – the largest architecture-only firm in North Dakota and one of the top 25 in Minnesota – Chief Financial Officer Jason Haagenson said employee ownership turned out to be an ideal mechanism for a transition its founders had in mind anyway.

“Our company was fast-growing at the time. The majority owners had long held the belief of open-book management and also had a vision for being a legacy firm,” Haagenson said.

“They wanted the JLG business brand and expertise to continue after their professional careers were done. The ESOP really accentuates or works well with that philosophy.”

“The thinking was that we wanted to maintain the family ‘clan’ culture that we have had for more than 90 years,” Kelley said.

“We also saw how consolidation of companies similar to ours by larger international conglomerates was not always producing the successful transition that we would like. Also, they would tend not to keep their internal brain trust after the sale.

“We wanted something different that would continue our growth and keep our key employees while maintaining our family culture. The ESOP was the ticket . … The Gage family looked at it as leaving a legacy. It was a way of giving back to the employees who had helped build the company.”

One practical way in which an ESOP solves problems is by offering companies tax benefits. Congress authorized this arrangement to both incent owners to set up ESOPs, and to let employees benefit from their employer’s growth.

Here’s how to think about the structure that results: “An ESOP is actually a tax-exempt trust set up for the benefit of employees,” a Forbes magazine story explained in 2016.

This changes the tax treatment of the company in multiple ways. For example, an owner who sells his or her business to an ESOP can – with certain restrictions – avoid paying capital gains taxes.

The savings can be significant, considering that the owner often has spent an entire lifetime growing the business.

And for S-corporations, “a company 100 percent owned by its ESOP does not pay any federal and most state income taxes,” Forbes explained.

“Yes, you read that correctly: the profits earned by the company stay with its employees,” often resulting in increased contributions to the employees’ ESOP accounts.

As Paul Halverson, a Minneapolis-based financial advisor, told Forbes, “this is the redistribution of wealth done the right way.”

Companies that have ESOPs tend to agree that the plans ratchet up the quality of the company’s products and services. For example, Haagenson, of JLG Architects, suggests that having an ESOP not only makes it easier to recruit and retain top talent, it probably brings out employees’ best work.

“Employee engagement has improved since the transaction four years ago. They feel empowered due to our culture, the employee-ownership culture that we have,” Haagenson said.

“People understand that what they do on a daily basis affects the bottom line for JLG.”

At Alerus, Randy Newman, president, CEO and chairman of the board, said one company goal is to create long-term value for all shareholders, including employees.

“We have a long-held belief within Alerus that the ESOP positions all of us to have a vested interest in the success of our company,” Newman said. “As owners, we think differently by making decisions in the benefit of our clients, and our company. As owners, we also share in the company’s financial success.”

“The individual benefits in the long run if the company does well. It’s money in their ESOP. It’s their personal gain,” Keeling said. “They’re part of a system called capitalism.”

According to the National Center for Employee Ownership, the greatest number of ESOPs – about 32 percent of the nation’s total – are in the Midwest. But the smallest numbers of ESOPs in the region are found in the Plains states that make up the west wall of the Midwest. Kansas and Nebraska have 108 and 69 ESOPs, respectively, while North Dakota and South Dakota have 59 and 25.

One possible reason the Plains states have so few may be because ESOPs, according to the data, are not common in industries such as agriculture and mining. They’re more common in service industries; manufacturing; finance/insurance/real estate; and construction, in that order.

Keeling said the greatest number of ESOPs are found in a swath of the Midwest that starts in south-central Michigan, runs straight across to southwestern Michigan, then across Lake Michigan to southern Wisconsin and finally to the Twin Cities area. Grand Rapids, Mich., for example, has more ESOPs than many large metro areas.

Keeling has theories about why that may be.

“I truly believe that a lot of it is the heritage of that part of America, of the Scandinavian-Protestant ethic,” Keeling said.

“When I visit companies that have done ESOPs – this is true of companies I have visited in southern Michigan, southern Wisconsin and the Twin Cities area – when the owner-founder who is still there or someone who is the first-generation CEO type, etc., talks about the company, they use plural personal pronouns: ‘We did this.'”

That’s in contrast to the first-person singular pronoun Keeling has heard from owner-founders in some parts of the country – “I did this” – in discussing their businesses.

It’s that regional attitude of being in business together with a group of dedicated employees that naturally lends itself to forming an ESOP, Keeling suggested.