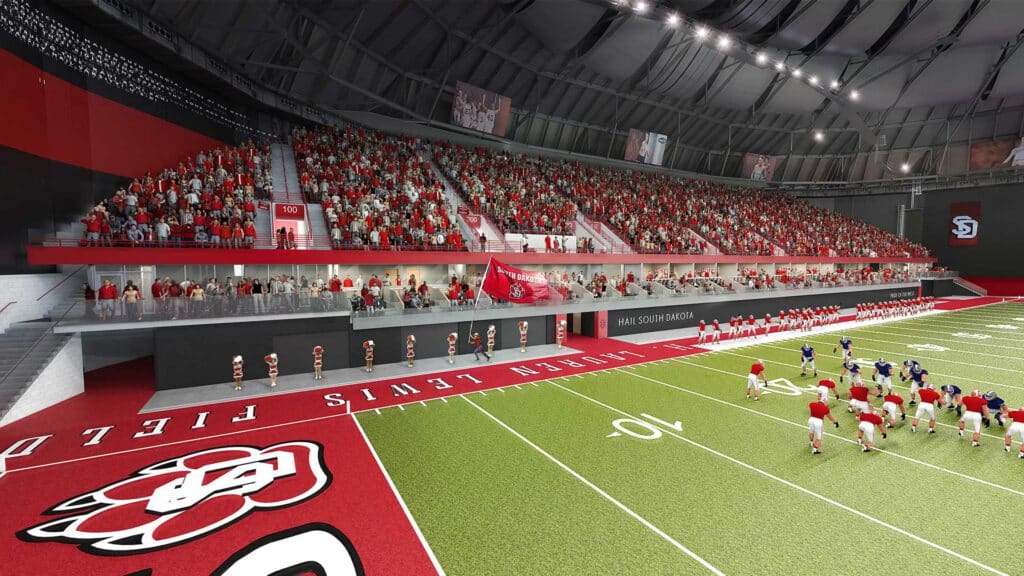 The South Dakota Board of Regents approved a $26.3 million series of improvements to the DakotaDome in December of 2017 with the first part of the plan, a new outdoor practice area with an artificial surface, now essentially complete and awaiting use for spring practice.

Construction begins inside the Dome in mid-February with the projects progressing through the 2019 season. This will make for unavoidable inconveniences next fall for the Coyotes and their fans but will eventually lead to an aggressive remodel of a facility that was opened in 1979 and has not, save for a permanent roof installed in 2001, undergone any dramatic updating in the nearly 30 years hence.

The 2019 six-home game season, which includes a non-conference visit from Montana on Aug. 31 and a home game with South Dakota State on Nov. 23, will include seating only on the east side. What is now a student section consisting of mobile bleachers will not be available while construction crews essentially re-invent the west side with the installation of locker rooms, meeting areas and club and loge level areas while also adding two entrances, more rest rooms and a commercial kitchen.

“The plan is to be done enough to have all our home games in the Dome next year,” Herbster said. “Ultimately what the contractors will have in front of them will be to get the west side done enough to where we can lay down the turf.”

One proposal had the Coyotes moving games to other venues, something USD did during construction of a permanent roof in 2001 with no Dome games prior to mid-October. The University did not want to displace homecoming or the SDSU game in 2019, ultimately settling on a plan that will, with contractors’ steady cooperation, not make it necessary to displace any home dates.

The plan means the capacity of the Dome next year will be approximately cut in half, however, with the quantity of single-game tickets available reduced to accommodate a student section that will also be pared considerably.

“It’s going to put a premium on season tickets,” Herbster said. “And for sure it’s going to put a higher value on student tickets, certainly, because they’ll only have a third available to them compared to what they had this year. We’ll be looking at some creative ways to make sure every seat we have in there that can be sold will be sold.”

Students normally pick up their free tickets on Tuesdays prior to home games at the Muenster University Center, or if seats are still available beyond that, can swipe in with their student IDs on game day.

“We’re still going to have a great home-field advantage,” Nielson said. “And the fans coming to games are going to be able to watch the progress of the west side through the course of the season.”

Nielson, who will be officially bringing in a new group of players beginning on Dec. 19, the NCAA’s early signing day, has made sure the future Coyotes are aware that changes are coming to their accommodations.

Coming as it does on the heels of the Sanford Coyote Sports Center that opened in the fall of 2016, it marks a phase II of sorts of the school’s sports facilities. In many ways the process has been similar, though as dealing with half-capacity stadium in 2019 will demonstrate, it has included distinctive challenges.

“What’s different is that in new construction you get a blank slate to work with,” Herbster said. “In the renovation side of things you’re going to have to deal with the structure that is there. There will be certain things that you can’t move. That’s just the way it is.” 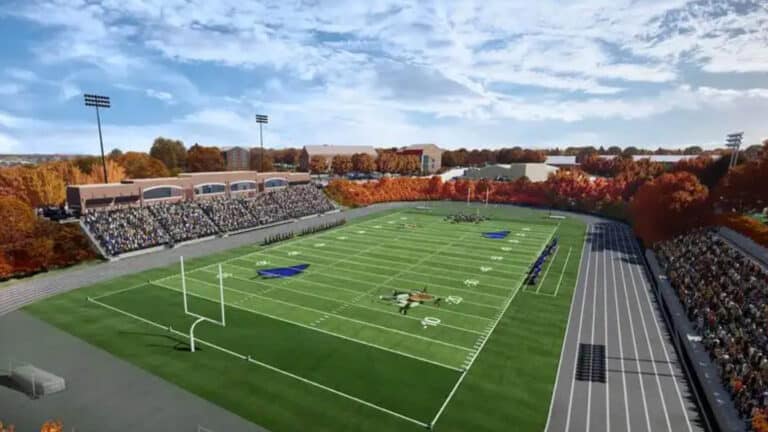 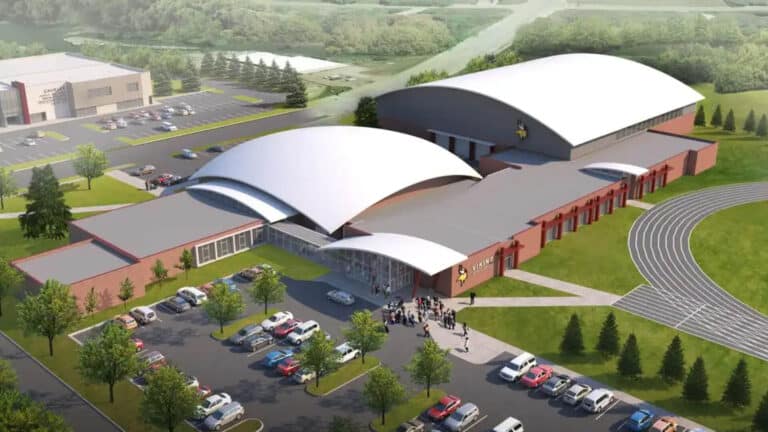