Gershman Graduate Center at UND ready for students this fall

Nearly three years after its original announcement, the new Gershman Graduate Center is ready to welcome graduate students on the UND campus.

“This project was a labor of love for Kathy and me,” Hal Gershman said during an opening ceremony Thursday, July 29. “Welcome to the Gershman Graduate Center, where everything old is new again.”

The building, formerly known as the Oxford House, was built in 1902 and was home to four UND presidents. The construction was aided with money from UND’s fourth president, Webster Merrifield. The first house set to be wired for electricity in Grand Forks, it remains the oldest standing building on UND’s campus. It also was the former longtime home of the UND Alumni Association and Foundation, from 1981-2012. During that time it was called the J. Lloyd Stone building. 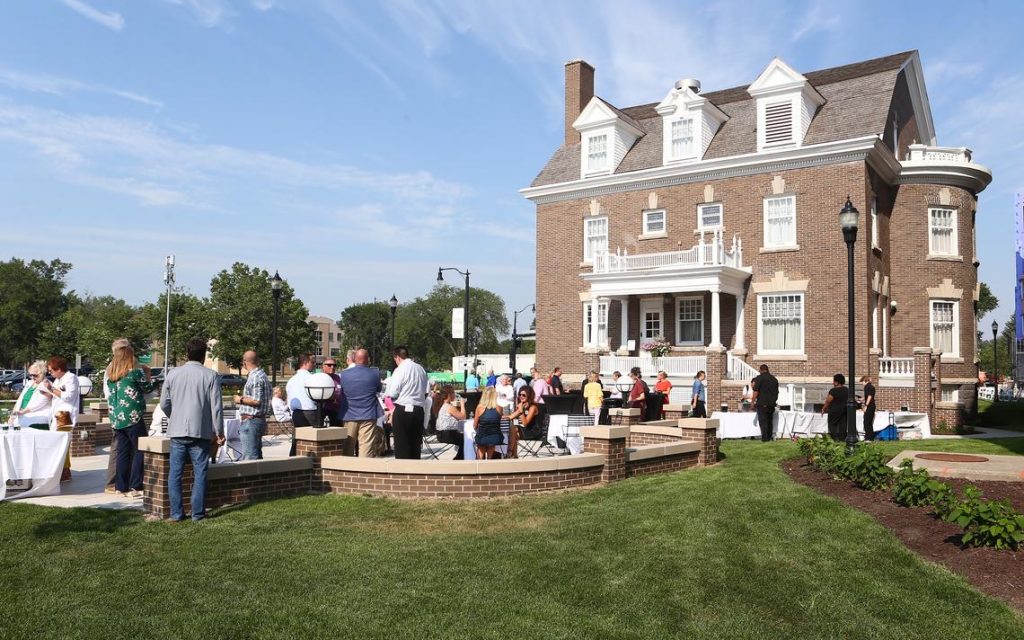 The $3 million gift qualified for a state matching grant, which will make for a total of $4.5 million in available funds for the renovation and remodeling of the house.

Kathy Gershman retired in 2015 as professor and former chair of the UND Educational Foundations and Research Department. She had been a member of UND’s faculty since 1984. Hal Gershman, a 1966 UND graduate and 2006 Sioux Award recipient, is a Grand Forks businessman and former president of the Grand Forks City Council.

Both have been active civic and philanthropic leaders in the community.

The building is an ode to UND’s history and includes wallpaper – floor to ceiling on the first floor – that would have been similar to what was found in rooms in the early days of its existence. The donated furnishings have a similar style.

As a part of the renovation, the basement was lowered by about 2 feet so students could work downstairs without having to duck down. Work was done to replace the pillars on the outside of the building after they were found to be hollow and rotting on the inside, Hal Gershman said. 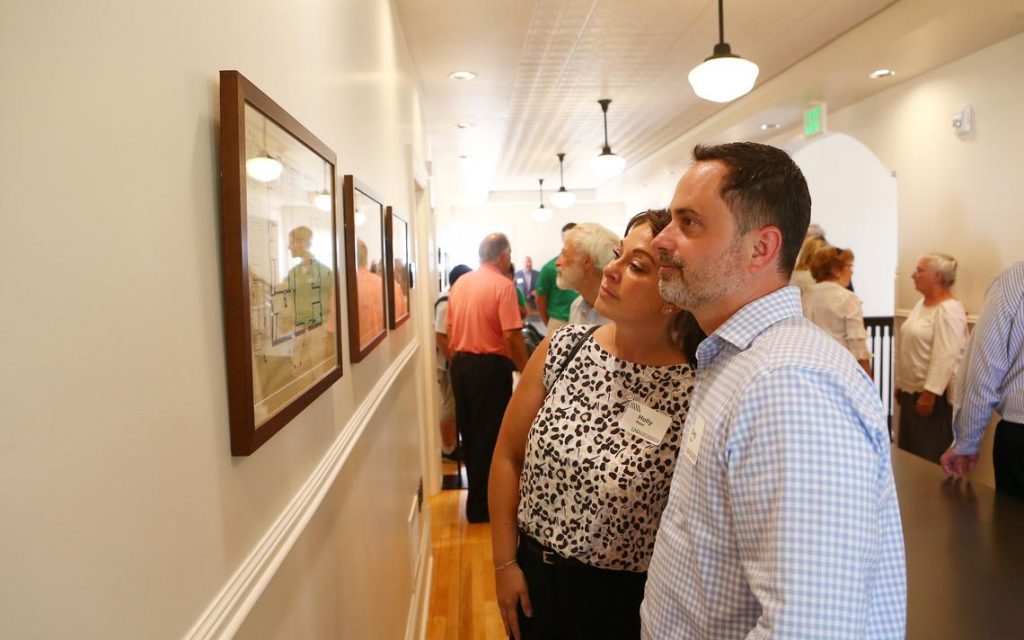 An original stained glass window was kept during the renovation.

“We wish current and future students good luck,” Kathy Gershman said. “We know you will do good work in this repurposed old house.”

Hal Gershman noted that he wished two people who were champions of the project – Lonnie Laffen, president of JLG Architects, and Tom DiLorenzo, former UND provost – were alive to see the building.

During Thursday’s ceremony, many people spoke about the importance of graduate students having their own space to meet and discuss projects, or to just have a community meeting spot.

“Community and engagement are at the core of who the Gershmans are and this building is an example of that,” said Stacey Borboa-Peterson, UND’s director of student diversity and inclusion. 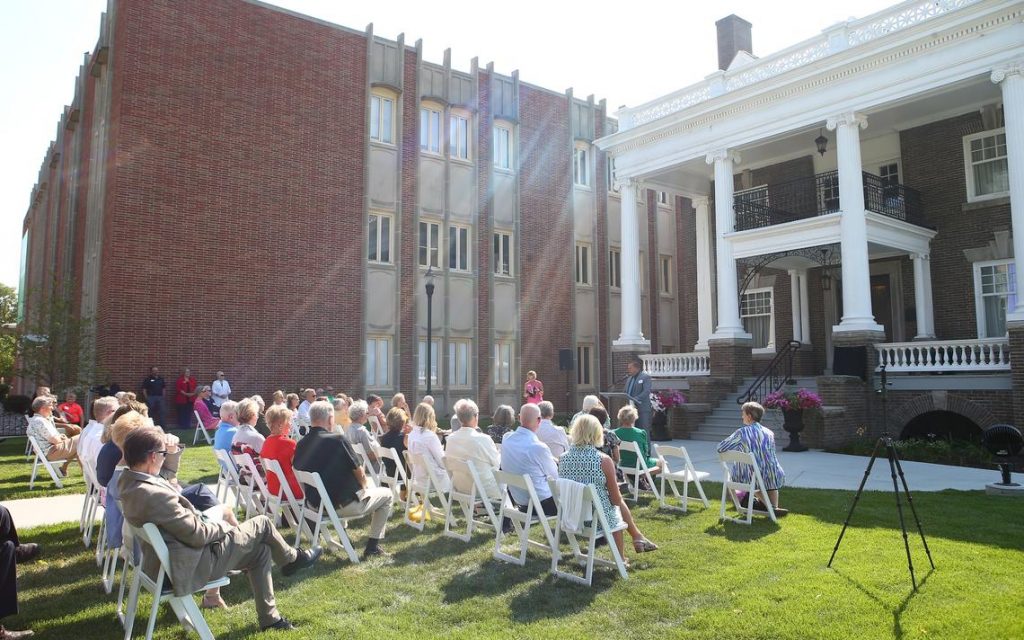 DeAnna Carlson Zink, CEO of the UND Alumni Association and Foundation, noted that all of this was made possible by the Gershmans’ donation.

“It is a building filled with stories and history and this is just another journey that the building gets to go on with students, well into the future. And it’s all thanks to Hal and Kathy Gershman,” she said. “We really appreciate their foresight and what they saw in this building and what they can see in the future.”

Energy efficiency a priority in several buildings on campus