Ed Robson Arena is scheduled to be completed in time for the Colorado College hockey exhibition game Oct. 2.

Robson Arena should be a more intimate setting for fans than The Broadmoor World Arena, where the Tigers played home games for nearly a quarter century through last winter.

As the 3,407-seat arena gets closer to completion, CC coach Kris Mayotte plans to have his team tour the facility as one group.

“None of the new guys have seen it, and we’re actually trying to hold it away from all our guys,” Mayotte said. “We don’t want to have guys kind of one-by-one go through it. We want to experience it as a team.

“We’re going to keep it hidden until we all decide to go in together and experience it as a group.”

The arena seems to be taking shape quickly. Ice is expected to be put down Monday, according to Mayotte.

“The attention to detail in every aspect in terms of what we have as a team and what it provides our school,” Mayotte said. “It’s not just the hockey arena, but the arts studio, the health center, the team store, the mailroom. It’s really going to be a gathering spot for the school, which is really exciting.

“But at the same time, for the hockey side of things, the atmosphere is going to be incredible. Every time I walk in there you see how steep the stands are. There’s no wasted space. It’s going to create an atmosphere that’s going to rival for the best in college hockey.”

Mayotte has been to almost every Division I college rink in the nation.

“This is going to be incredible,” he said. “It’s intimate, but you’re right on top of the action. It’s going to be a difficult place for teams to come in and play. You can just envision what that place will be like when we’re playing. It has the potential to be really loud, really engaging and an intimidating place for opponents.”

Mayotte is most excited that Robson Arena should provide players with a sense of home. 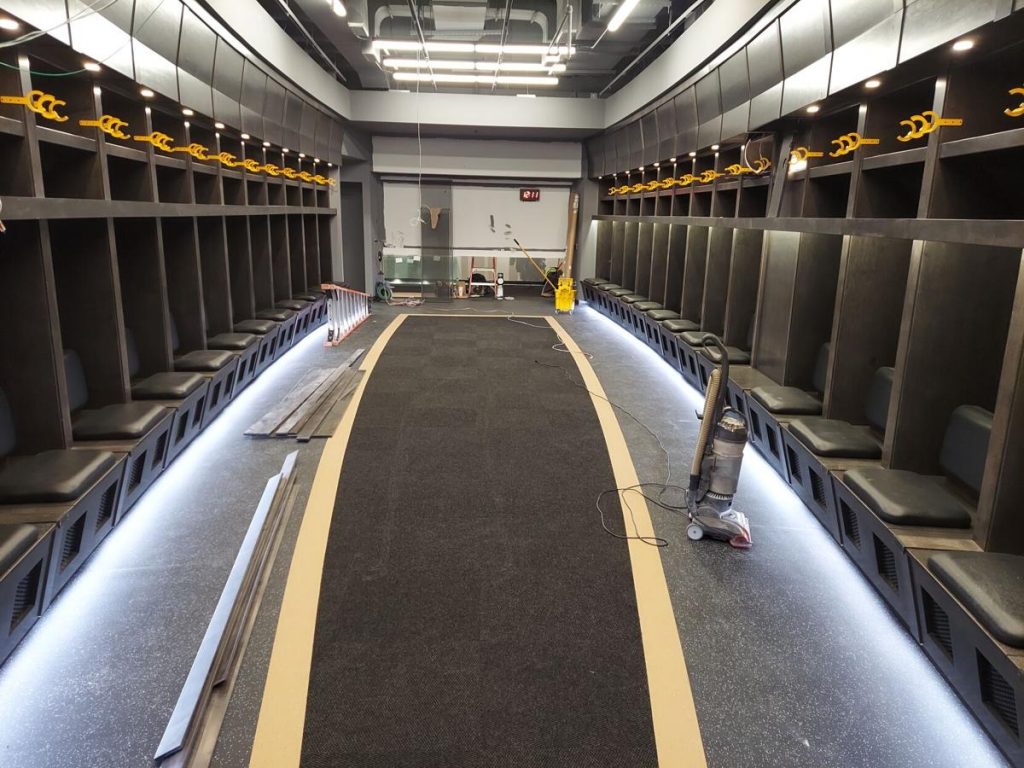 “With the proximity to campus, our guys can go there every day,” he said. “Their ability to spend time there will add to their development.

“Obviously, CC is a great academic institution and it demands a lot from you. But the ability to spend that extra 15, 20, 25 minutes at the arena because it’s right across the street from your dorm goes a long way. When you add that up over four years that’s a lot of extra time that you’re able to put into your craft and developing as a hockey player. It’s one-stop shopping and it makes it efficient and it allows you to get more done and maximize your day.”

Michael Brubaker, the mechanical services engineer at CC, has kept a close watch on the project from the beginning. He said fans will love it as much as the players.

“Anywhere you are you feel you’re close to the ice. It’s intimate and you feel like you have a great view,” Brubaker said. “You’re not separated from the game.” 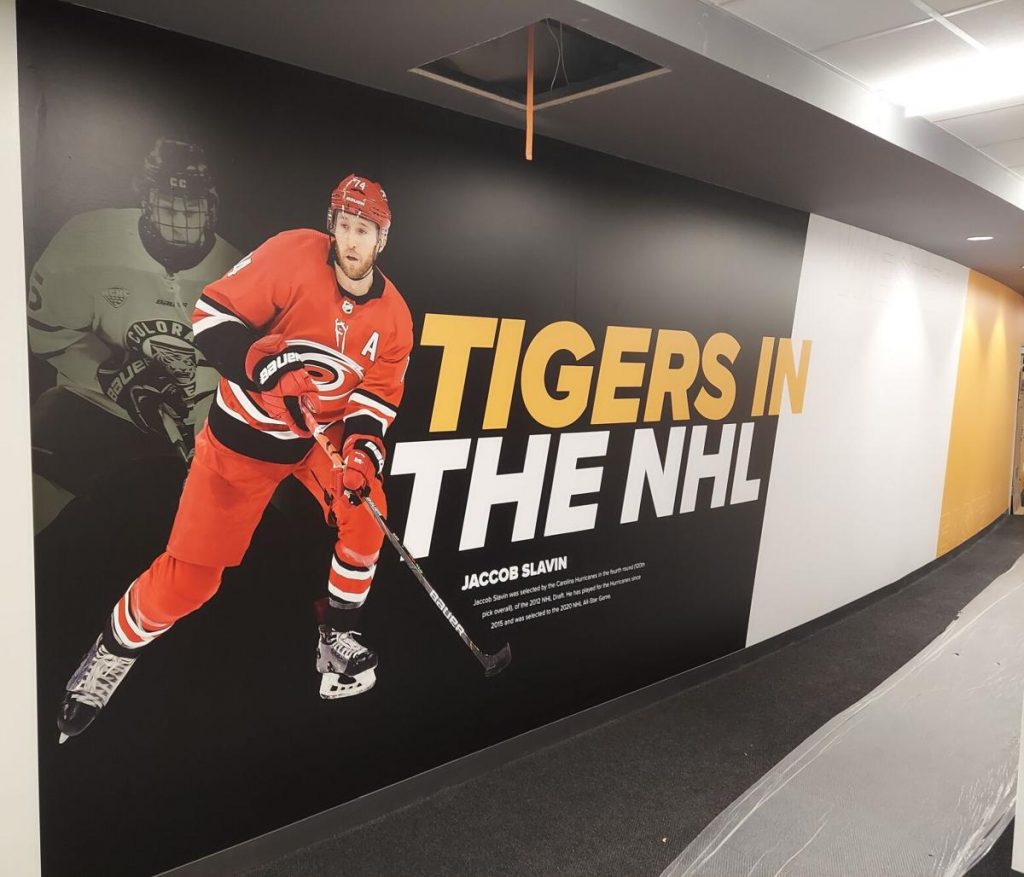 Brubaker added that the building’s acoustics will make the arena very loud.

“Just crowd noise alone you’re going to feel it in here,” Brubaker said. “And with this audio system we have it will be a great environment.”

Permanent concessions are located on the main concourse. There will also be some concessions, like Josh & John’s Ice Cream, available on game days.

The arena, with an estimated cost of $52 million according to Jerry Cross, CC’s director of athletics communications, is designed by JLG Architects.

Robson Arena will offer CC players and coaching staff just about every desired amenity. The locker room is spacious and allows plenty of room to stretch out and roam. There will be a lit-up CC hockey logo on the ceiling.

A 2,000-square-foot weight room is close by, as well as a team lounge, which will offer PlayStation, several televisions and a sound system.

The training room is roomy and has hydrotherapy. The team video room offers theater-style seating. There is also a spacious coaches locker room.

Prior to the World Arena, CC played at the old Broadmoor World Arena/Ice Palace located on the grounds of the famous resort for 50 years.

Robson Arena is part of the City For Champions project ushered in almost a decade ago.

The main entrance will be off Tejon Street and Cache La Poudre Street on the northwest corner.

Among other important sections is the Jenkins Corridor, also known as the Peggy Fleming area, where former CC Winter and Summer Olympians — like Fleming Jenkins — are honored with photos and murals. It is the area where people who come for public skating sessions can visit and change into their attire.

Season ticket holders have the option of purchasing parking in a new garage located next to the arena.