If its potential is fulfilled, this could be one of the best $18 million investments ever made in South Dakota.

The Madison Cyber Labs, or MadLabs, opens this week at Dakota State University as one of the only cyber research facilities of its kind in the U.S.

“It’s one of few buildings in the country that combines all facets of cybersecurity research on a university campus,” said Dave Link, program director.

“We really see this building and the capabilities and expertise on this campus as a catalyst for great economic development across the state in the coming decades.”

The 38,500-square-foot building will open with an intriguing, futuristic mix of research occurring in 13 labs. 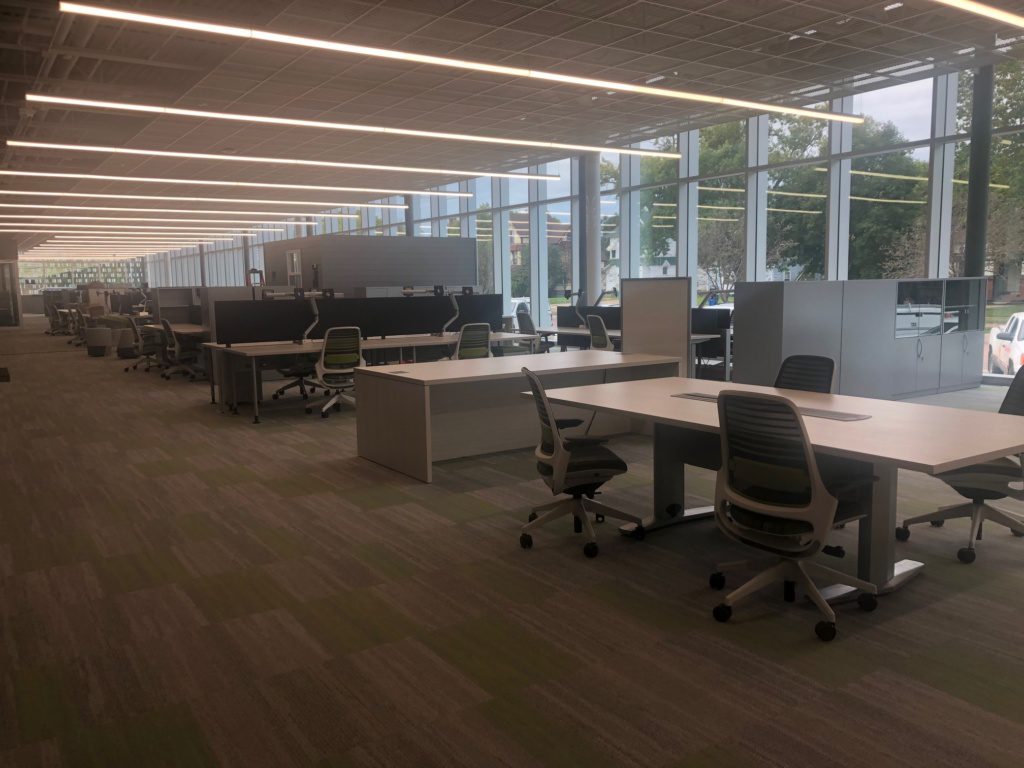 An open floor plan means the majority of those “labs” – which at first glance appear more like pods of desks – flow from one into the other, encouraging interaction among researchers.

“It will be a really cool melting pot.” 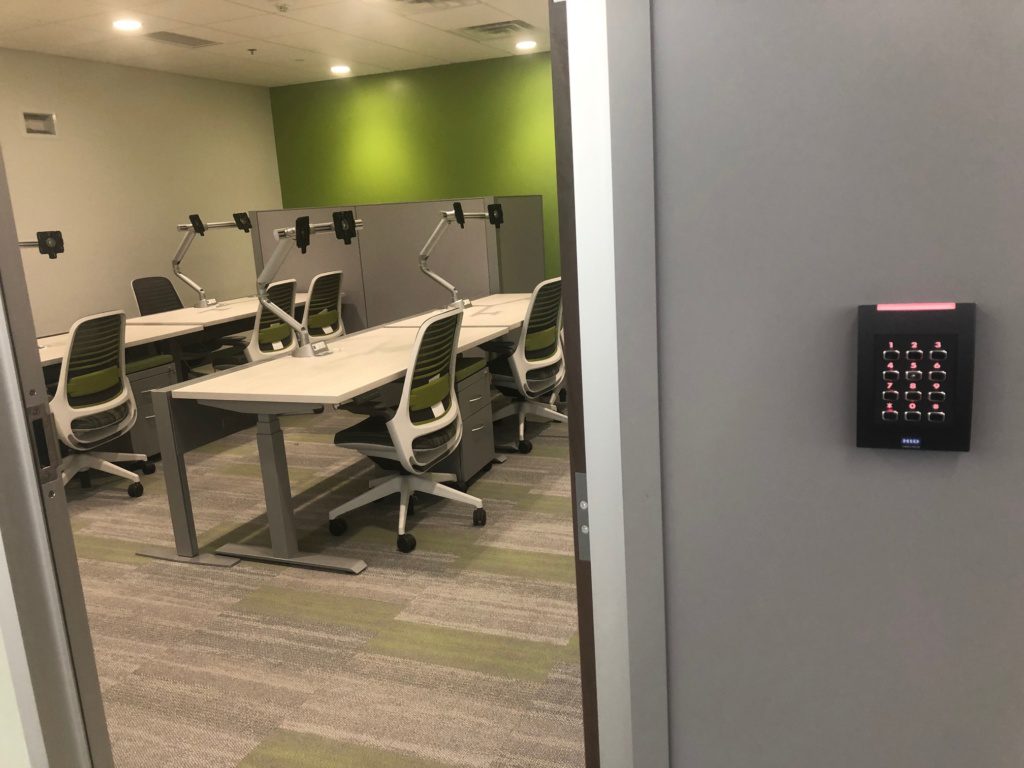 A few labs are separated from the open room and require authorized access.

And more than half the building – the portion that isn’t surrounded by floor-to-ceiling windows – will be seen by considerably fewer people. It was not available for media access because it contains the Cyber Classified Operations, or Cyclops Lab, which has received contracts for research from the National Security Agency. 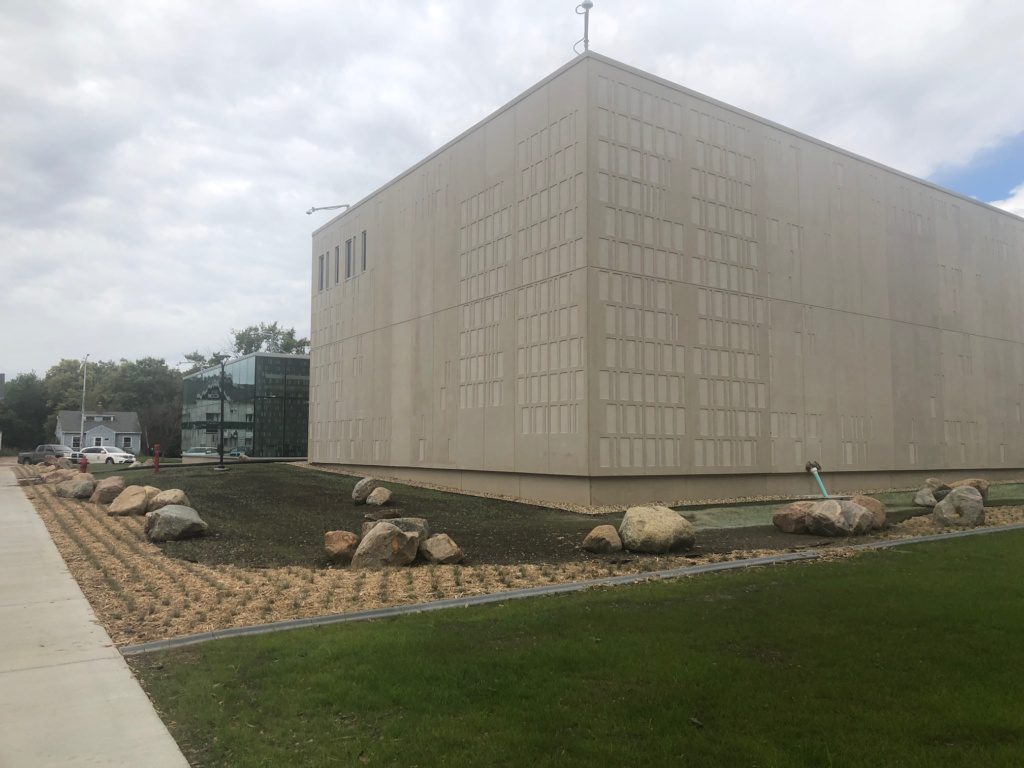 Even the unclassified, open research space requires badge entry, as it “has proprietary things going on, so we do need to control who can walk the floor,” Pauli said.

A grand opening will be held at 6 p.m. Wednesday.

“You’ll see research space where people aren’t going to come and park for 40 to 50 hours per week. Faculty and students will come and go as schedules permit. There will be full-time staff here … but you’ll see lockers and places to eat lunch and soft seating. We tried to logically separate things with furniture so we can move it around as needed.”

The capacity of the building is 300 people. Students will be able to conduct research in both classified and unclassified spaces if they have received appropriate credentialing.

Several of the 13 MadLabs have been conducting research at various spots around campus for the past few years. The new building brings them under a common roof and adds many others. 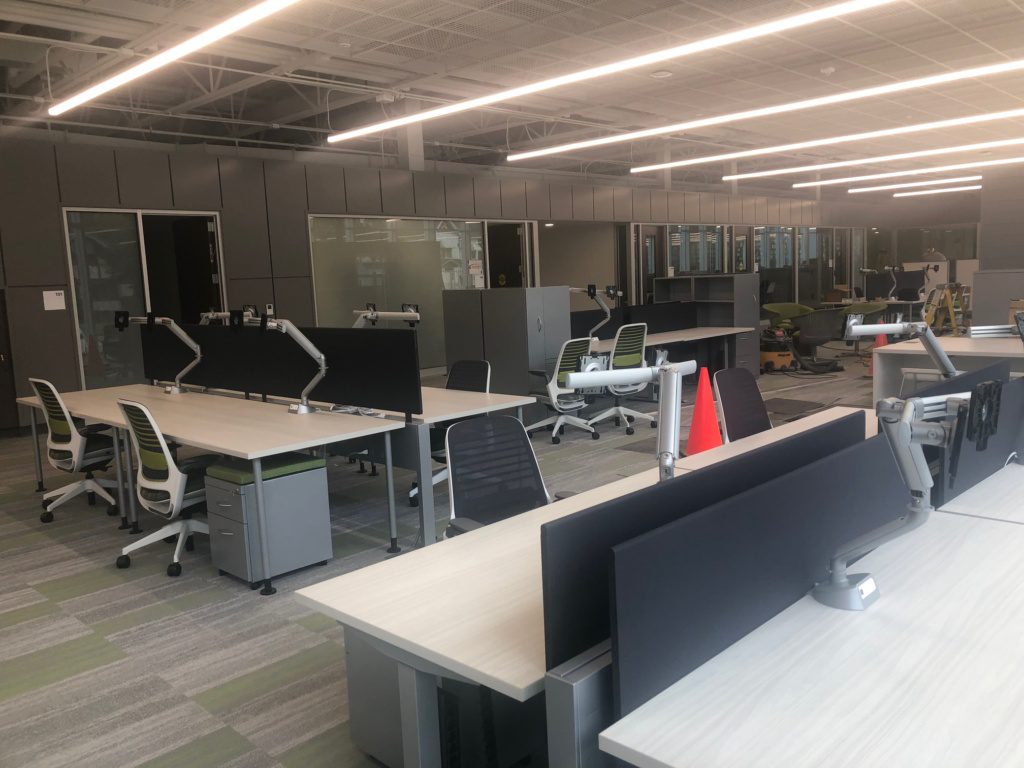 The CAHIT: Center for the Advancement of Health Information Technology, for instance, has operated for more than a decade as a research and development center.

The CybHER Institute was established several years ago to generate interest among women in cybersecurity and related fields.

Several of the MadLabs will cross over between academia and industry, including:

“Our presence in MadLabs will support not only our internal cybersecurity efforts but also those of our customers,” CEO Mark Shlanta said. 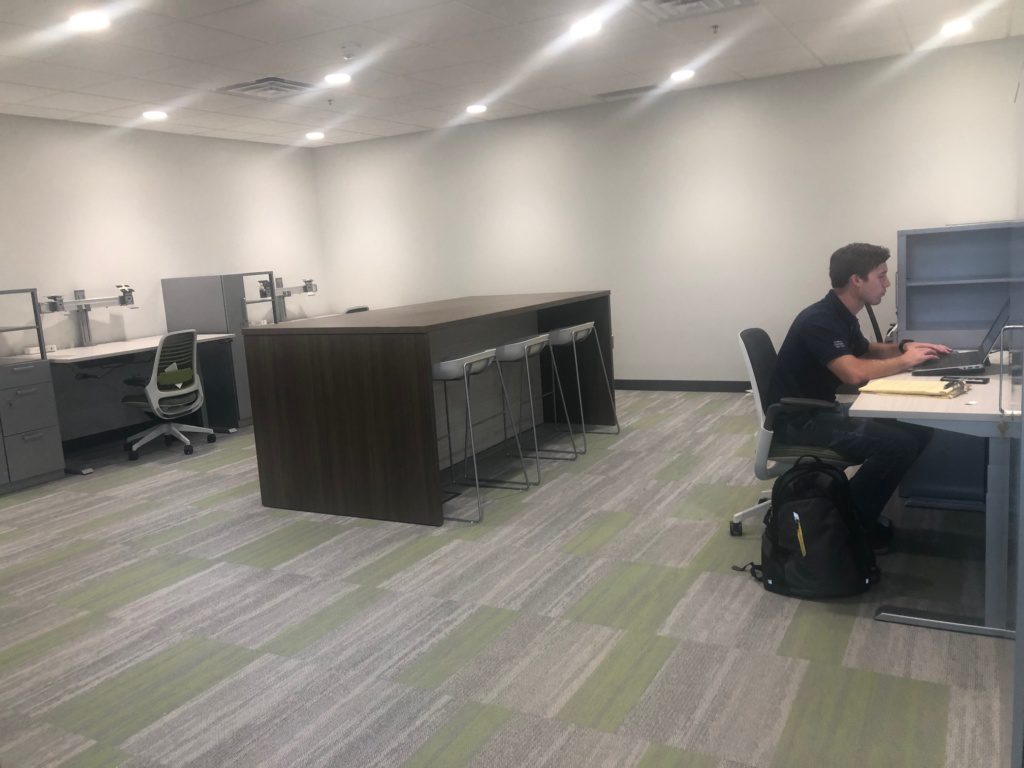 “We find DSU to be a great source of excellent talent and would anticipate hiring students as our needs develop.”

Other MadLabs will assist utilities and other businesses with products connected to the Internet of Things. 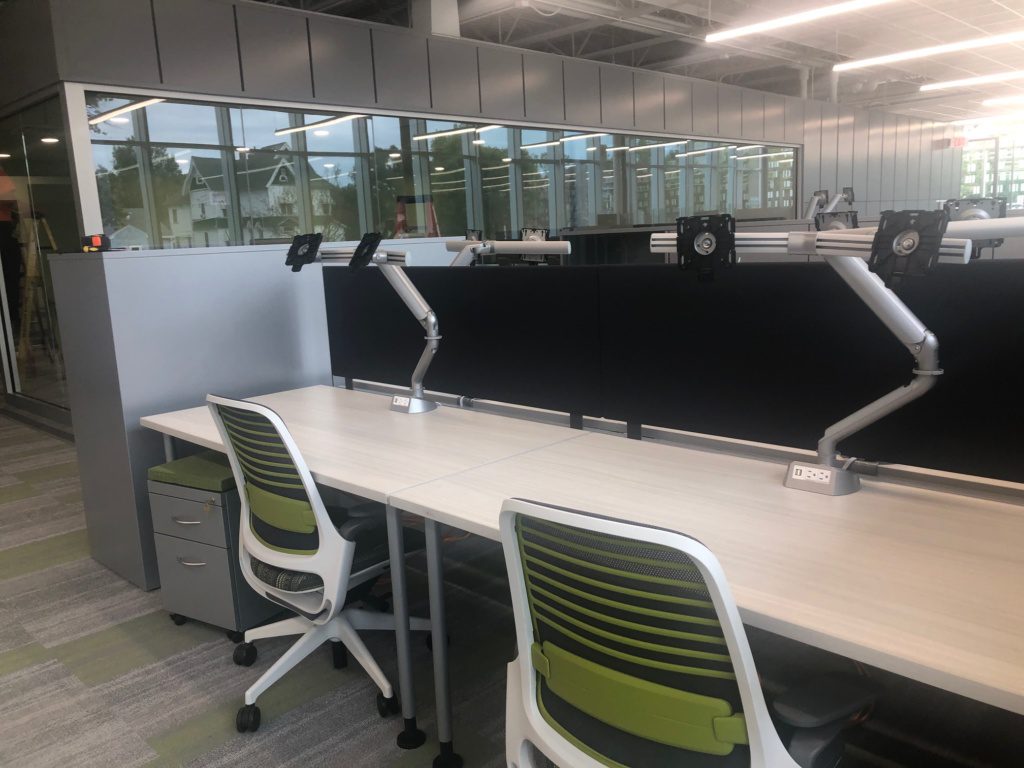 The PATRIOT Lab, which stands for Protection and Threat Research for the Internet of Things, will research and propose solutions to secure the IOT.

A mock “smart home” already is set up in the MadLabs, allowing researchers to test everything from smart thermostats to kitchen appliances. 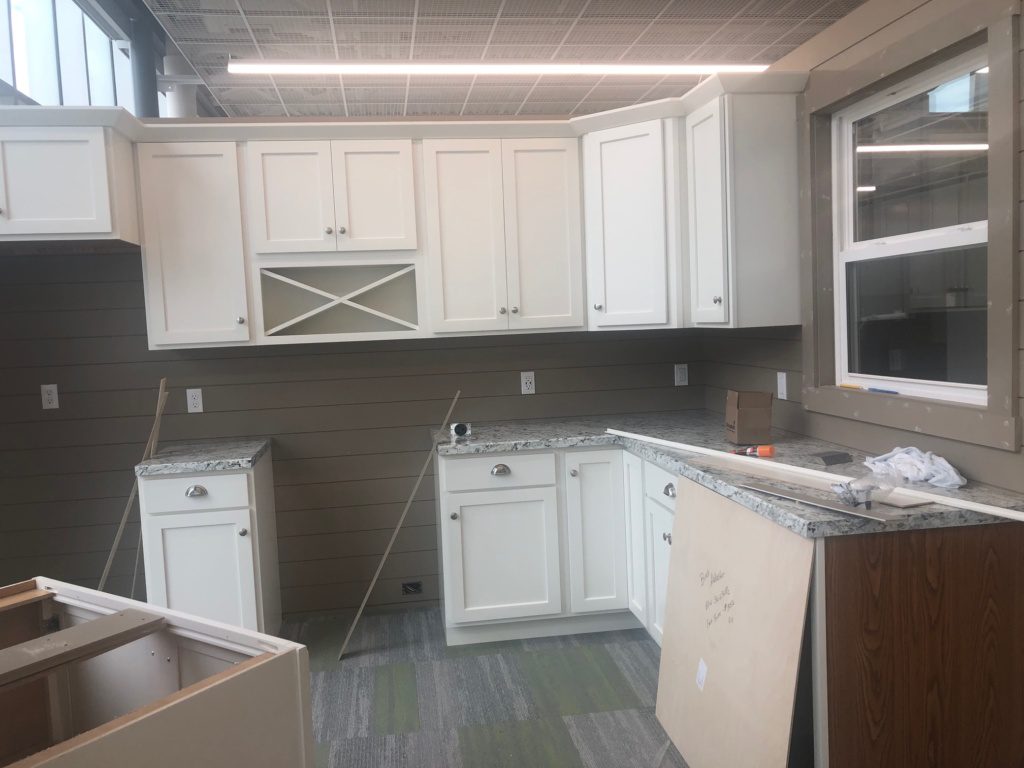 Partnerships with East River Electric Power Cooperative and the National Rural Electric Association will support the MadLabs effort to work on security related to utilities and in-home devices that connect to the internet as well as utilities.

The PATRIOT Lab potentially could work with a vast array of businesses, from those that make precision agriculture equipment, such as Sioux Falls-based Raven Industries, to those that make or use medical devices.

“We want to work with all different device makers to test the security intelligence they have in their devices now and give them opportunities for improving it in the future,” Link said.

The building is the vision of DSU president José-Marie Griffiths, who sees it as a way to bring applied research and development to the campus for each of the university’s four colleges: the Beacom College of  Computer and Cyber Sciences, the College of Education, the College of Business and Information Systems, and the College of Arts and Sciences. 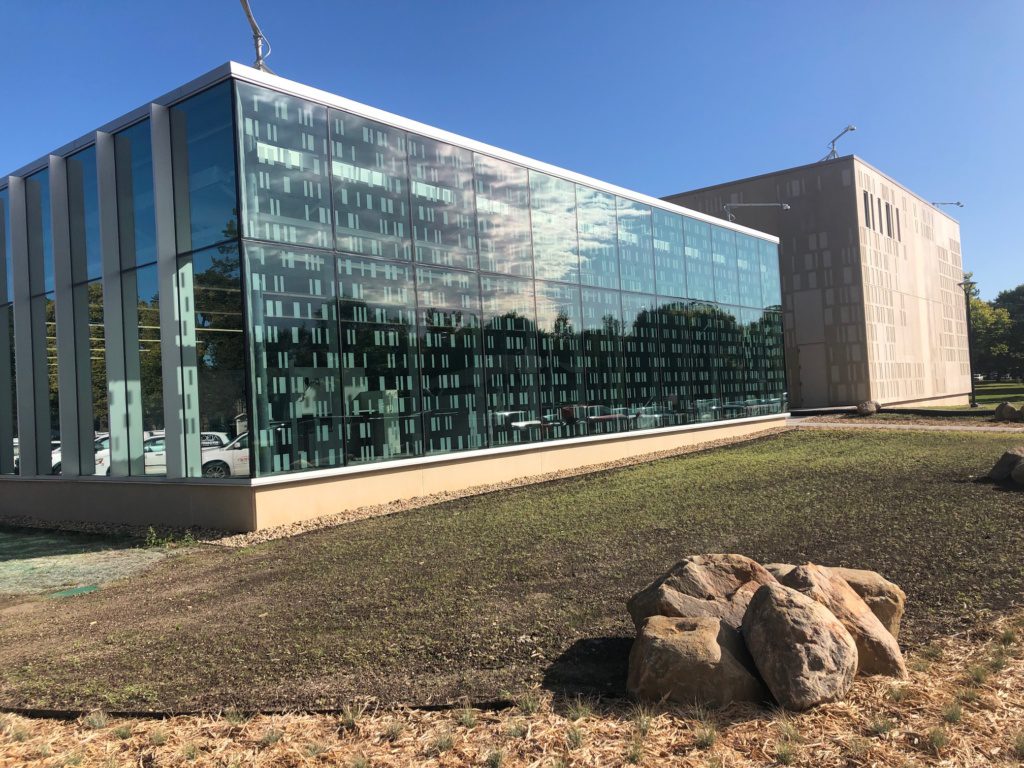 It was funded through private donations, including from Denny Sanford and Miles and Lisa Beacom, as well as through a grant from the South Dakota Future Fund, authorized by then-Gov. Dennis Daugaard.

It’s also paid off, meaning DSU is able to offer the space at less cost to those in the public and private sector who want to partner in MadLabs work.

“Every academic institution in the country is chasing cyber,” Griffiths said. “But we had two things going for us: A strong foundation of cybersecurity, and we went into cyber in a number of areas, and that gives us strength.”

The plan is to build on existing relationships and become accredited by the National Security Agency – a process already started that will include a site visit this fall. Activity and interest in all the MadLabs has been robust and is expected to increase even further once they’re open and accredited, Griffiths said.

“We’re already planning the next phase and where we would expand,” she said, adding Sioux Falls would be the likely place.

“Our first priority is to fill the Cyclops Lab here. It’s close by, and the agencies want a relationship with the institution. And it gives us that credibility,” she said.

“I know the moment it opens there will be more interest, and the moment we’re accredited they will come running.”

From there, the potential economic impact grows even more – as businesses with a need for cybersecurity services and the people capable of performing them already are beginning to look at locating in the area.

“This building is the start,” Pauli said. “It’s not the destination.”